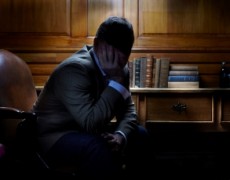 Andy McNab went from being a teenage delinquent to serving with the SAS all over the world. During the Gulf War he commanded Bravo Two Zero and was awarded both the Distinguished Conduct Medal and Military Medal. Since leaving the army, he has written three non-fiction books, a number of thrillers (including the Nick Stone series) and books for young adults. Andy lectures to intelligence and security agencies in the UK and US, and advises Hollywood on military issues.

When James Mercer’s latest heist doesn’t go according to plan, he’s presented with an ultimatum – pull off a seemingly impossible job or suffer the consequences.

Reviewed on 21 December 2019 by Linda Wilson

Nick Stone is operating on home soil for a change. He has to find a woman, snatch her and deliver her to the shadowy operator he knows as the Owl.

Reviewed on 17 February 2018 by Linda Wilson

When his former CO calls in a favour, Nick Stone ends up on a walking trip to the North Pole.

Nick Stone is on the run with a seven-year-old boy in tow, hampered by the fact that he has no memory of who is out to kill him, or why.

Reviewed on 12 November 2016 by Linda Wilson

Tough teenager Sean Harker is up to his eyes in trouble and a spell in a Young Offenders’ Institute looks like only digging him deeper in the mire, but then an unexpected offer gives him the chance to turn his life around.

When a young trooper is shot in the head during an SAS exercise, it seems a clear-cut case of the negligent discharge of a weapon. But that doesn’t stop Nick Stone wanting to do some digging, especially as the accused soldier is the son of a close friend.

Against the background of growing civil unrest, former SAS sergeant Tom Buckingham has to stay close to right-wing politician Vernon Rolt and decide where his own loyalties lie.

Liam Scott, a new recruit to the elite reconnaissance platoon, is on his way to Somalia on a mission to gather intelligence about terrorists active in the area.

Someone in the Special Forces is going to extraordinary lengths to cover up a death in training. Can ex-SAS sergeant Nick Stone get to the bottom of the mystery, and stay alive on the way?

There are riots on the street and tension in Whitehall. Disgraced SAS sergeant Tom Buckingham becomes involved with Invicta, a group who are seemingly doing a good job of helping injured servicemen – but there might be more to them than meets the eye.

Nick Stone’s past has come back to haunt him, and he has to find out who wants him dead and also protect his family