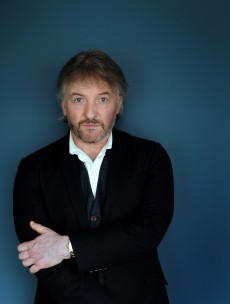 John Connolly was born in Dublin in 1968 and has, at various points in his life, worked as a journalist, a barman, a local government official, a waiter and a dogsbody at Harrods department store in London. He studied English in Trinity College, Dublin and journalism at Dublin City University, subsequently spending five years working as a freelance journalist for the Irish Times newspaper.

His first novel, Every Dead Thing, was published in 1999, and introduced the character of Charlie Parker, a former policeman hunting the killer of his wife and daughter. He is also author of the Samuel Johnson YA series, and co-edited Books to Die For, a non-fiction anthology, with Declan Burke

John lives in Dublin with his family and travels regularly – to the US where he researches the thrillers, to South Africa to see family and check in with his publishers, to South America, France, Italy and other parts of Europe and is improving his French and Spanish language skills as a result! He loves 1980s music and hosts an Irish radio show. John also shares his home with three rescue dogs and has an ancient Mustang car, which is sometimes roadworthy.

The Woman in the Woods

A tree falls in the woods, exposing the body of woman who had given birth just before her death. Private investigator Charlie Parker is engaged to look into the circumstances of her death and the whereabouts of her child.

A Game of Ghosts

Mysterious ghost-like figures appear to certain people, and then those people are killed. They are the Brethren and they and their descendants will do anything to protect themselves from the consequences of their dreadful past.

Reviewed on 28 October 2017 by John Barnbrook

The Book of Lost Things

David desperately misses his dead mother, despises his new stepmother and detests his new half brother. These emotions attract the attention the Crooked Man who draws David into a dark and disturbing land where he must grow in strength and determination in order to survive.

A Time of Torment

Charlie Parker and his two sidekicks, Angel and Louis, appear to have the power to know and intervene in deviant criminal behaviour. They are an unusual force for good. This power serves them well as they investigate cases of missing young girls and pit themselves against the insidious power of The Cut.

Reviewed on 12 November 2016 by John Barnbrook

A Song of Shadows

PI Charlie Parker’s recovery from life-threatening injuries in a small US town is hijacked by horrific secrets dating back to the second world war.

Reviewed on 01 August 2015 by Sharon Wheeler

In the small town of Prosperous, Maine, a young girl is killed as she tries to escape from her captors. As Charlie Parker investigates this and an apparent suicide, he upsets some powerful people and uncovers the terrifying secret of Prosperous’s success.