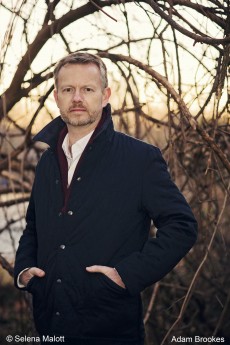 Adam Brookes was born in Canada, but grew up in the UK, in a village in Oxfordshire. He studied Chinese at the School of Oriental and African Studies in London, and went on to become a journalist.

Adam became a radio producer at the BBC World Service, and then a foreign correspondent, based first in Indonesia, then China and the United States, where he now lives. Along the way he has reported from some 30 countries including Iraq, Afghanistan, North Korea and Mongolia, for BBC television and radio.

His first novel, Night Heron, draws on his life in journalism, his years in China, and his efforts to understand something of what goes on in the world of intelligence. His second novel is Spy Games.

Pearl is an American teenager with a genius-level grasp of developments in artificial intelligence, only recently awakened to her Chinese parents’ plans for her future.

Reviewed on 14 October 2017 by Chris Roberts

A powerful element within the Chinese administration approaches the British Secret Intelligence Service for reasons initially unclear: involvement could be dangerous, but it offers tremendous opportunities.

A British journalist is offered Chinese secret material by a source long thought to be moribund and is drawn into an intelligence operation, with dramatic consequences.

Reviewed on 20 September 2014 by Chris Roberts