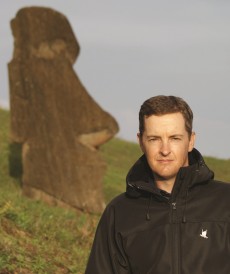 Matthew Reilly was born in Sydney in 1974. He is the author of over a dozen novels and novellas. Following rejections from all the major publishers. Matthew self-published Contest in 1996, printing 1000 copies. It was spotted by a commissioning editor for Pan Macmillan, who tracked Matthew down through his contact details in the front of the book – and signed him for a two-book deal. Those original self-published editions have become collectors’ items –one recently sold on eBay for $1200!

Matthew's books are published in 20 twenty languages and have sold nearly seven-and-a-half million copies worldwide. In addition, Walt Disney Pictures have optioned the movie rights to his children's book, Hover Car Racer, and the Jack West Jr series was recently optioned by Fox.

When not writing or working on a film script, Matthew can be found on the golf course. He currently lives in Los Angeles.

Jack West Jnr must fight for his life, and the lives of his friends, in a series of hellish gladiatorial combats.

The Great Zoo of China

A party of American VIPs is invited to view a spectacular new zoo in China. But the unveiling doesn’t quite go as planned.