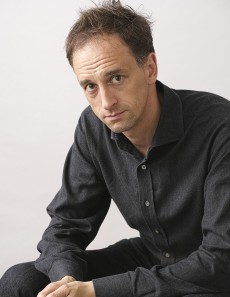 In 1995, Charles was approached for recruitment by the United Kingdom's Secret Intelligence Service (MI6). A Spy By Nature, his debut novel was partly based on his experiences with MI6.

He is one of the trustees of The Pierce Loughran Memorial Scholarship fund which provides tuition fees for the Yeats Summer School in Sligo, Ireland. He is also the founder and President of the José Raúl Capablanca Memorial Chess Society.

Secret agent Lachlan Kite faces peril in Dubai as a brutal ghost from his past works his way down a Russian kill list – with Lachlan and one of his key contacts next in line.

Lachlan Kite, working with top-secret spy agency Box 88, is abducted by Iranians and subjected to questioning about events one summer 30 years ago.

Successful espionage novelist Kit Carradine finds himself dissatisfied with the life he leads and jumps at an opportunity to undertake what appears to be a spying mission on behalf of the UK government.

Reviewed on 13 October 2018 by Arnold Taylor

Thomas Kell had decided his days with MI6 were over. Then an encounter with an MI5 employee offers him the chance of getting even with the Russian who he believes had murdered his girlfriend.

Reviewed on 21 January 2017 by Arnold Taylor

When the chief of Station in Ankara is killed in a plane crash, the Head of MI6 asks Thomas Kell to investigate. Kell, a previously disgraced agent, sees this as an opportunity to rehabilitate himself, but it soon becomes clear that a mole is at work.