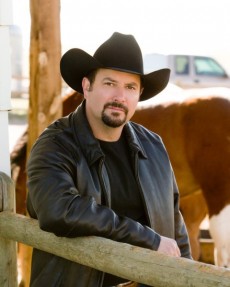 CJ Box is a Wyoming native and has worked as a ranch hand, surveyor, fishing guide, a small-town newspaper reporter and editor, and he owned an international tourism marketing firm with his wife Laurie. In 2008, Box was awarded the ‘BIG WYO’ award from the state tourism industry.
An avid outdoorsman, CJ has hunted, fished, hiked, ridden and skied throughout Wyoming and the Mountain West. He served on the board of directors for the Cheyenne Frontier Days rodeo and currently serves on the Wyoming Office of Tourism Board.
He and his wife Laurie live on their small ranch in Wyoming. They have three daughters and one (so far) grandchild.

Game Warden Joe Pickett takes social media mogul Steve Price on a hunting trip, but Price has enemies ready to exploit the opportunity to bring him down.

Reviewed on 27 November 2021 by Chris Roberts

Private investigator Cassie Dewell is asked to check the evidence against a man accused of rape. She’s initially unsympathetic, but is surprised at what she uncovers.

Reviewed on 31 January 2020 by Chris Roberts

Joe Pickett is re-installed as game warden for Wyoming’s Twelve Sleep County, and takes action against a drone operator, which brings him into conflict with the FBI and a team of killers known as the Wolf Pack.

The new Wyoming Governor asks game warden Joe Pickett to investigate the disappearance of a British woman, which is creating a stir in the British tabloids.

Cassie Dewell has spent years tracking a serial killer known as the Lizard King. An attempt at a trap goes spectacularly awry so Cassie must find another route to finally bring him down.

Reviewed on 11 November 2017 by Chris Roberts

Game Warden Joe Pickett’s history with the Cates clan has given rise to a vicious circle of hatred which pitches his family into a fight for their survival.

Reviewed on 02 September 2017 by Chris Roberts

Reviewed on 12 November 2016 by Chris Roberts

Ten stories from the foothills of the Rockies, home to game warden Joe Pickett, and all featuring some sort of conflict.

Reviewed on 26 September 2015 by Chris Roberts