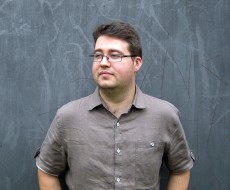 George Mann is the author of the Newbury and Hobbes and The Ghost series of novels, as well as numerous short stories, novellas and audiobooks. He has written fiction and audio scripts for the BBC’s Doctor Who and Sherlock Holmes. He is also an anthologist and has edited The Solaris Book of New Science Fiction, The Solaris Book of New Fantasy and a retrospective collection of Sexton Blake stories. He lives near Grantham, UK.

Investigators Newbury and Hobbes return with a mystery involving sinister experiments and a dangerous train journey across Europe.

The sleepy Oxfordshire countryside is darkened by a series of macabre murders re-enacting an ancient legend.

The vigilante known as the Ghost must take on some seemingly unstoppable man-machine hybrids and battle a mysterious cult determined to bring a pair of ancient Egyptian gods back to power.

An ancient mummy, a mysterious secret agent and magician's trick all combine in the second adventure in the Newbury and Hobbes series.

The dashing Sir Maurice Newbury and his unflappable assistant Miss Veronica Hobbes investigate the strange cases of a spectral policeman and an airship crash in a steampunk re-imagining of Victorian London.

Reviewed on 13 February 2016 by Linda Wilson