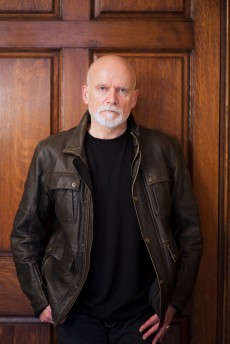 Jack Grimwood, aka Jon Courtenay Grimwood, was born in Malta and christened in the upturned bell of a ship. He grew up in the Far East, Britain and Scandinavia.

Apart from novels, he writes for national newspapers including The Times, Telegraph, Independent and Guardian.

Jon has twice won the British Science Fiction Association award for best novel, with Felaheen and then End of the World Blues. His novel, The Last Banquet, published under the name Jonathan Grimwood, was shortlisted for Le Prix Montesquieu 2015. His work has been translated into 15 languages. Nightfall Berlin is his second thriller after Moskva.

He is married to the journalist and novelist Sam Baker. They divide their time between Winchester and Paris.

With the Nazis victorious in France, Hitler is preparing for the invasion of Britain from the Channel Islands with the Duke of Windsor at his side. Agents from Britain and from the USA are working to prevent it.

British intelligence agent Tom Fox travels to Berlin to nursemaid a British defector seeking to return to the UK. Things do not go according to plan.

Reviewed on 15 September 2018 by Chris Roberts

In December 1985, with the USSR crumbling, ex-paratrooper Tom Fox has been in Moscow less than a week when the ambassador’s daughter Alex goes missing. Tom makes it his job to get her home safe.

Reviewed on 21 January 2017 by Chris Roberts