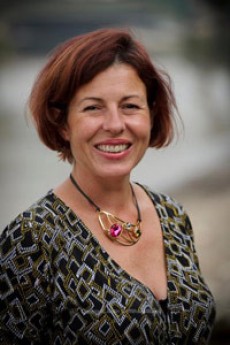 Sheila Bugler grew up in a small town in the west of Ireland. After studying Psychology at University College Galway (now called NUI Galway) she left Ireland and worked as an English language teacher in Italy, Spain, Germany, Holland and Argentina.
She eventually settled in London and tried out a number of different careers before realising what she really wanted to do was write crime fiction. She started writing 13 years ago, after her second child was born, and hasn’t looked back since.
In 2008, she won a year’s mentoring with crime writer, Martyn Waites. This kick-started her writing career and helped shape her first novel, which was eventually published as Hunting Shadows, featuring DI Ellen Kelly. This was the first in a series of novels, all based in South East London, an area Sheila knows and loves.
She now lives in Eastbourne, on the beautiful East Sussex coast. Eastbourne is the location for her series of crime novels featuring investigative journalist Dee Doran.
She is married with two children. When she’s not writing, she loves walking, reading, going to the cinema and eating out. She has recently started running and takes part in her local Parkrun each week. She runs with her husband and daughter, who are a lot faster than she is – but she’s determined to beat them one day!

I Could Be You

When Dee Doran comes across the victim of an apparent hit-and-run driver, she is horrified to find an empty child’s buggy nearby, with the woman’s child missing.

Reviewed on 31 January 2020 by Arnold Taylor

Charlotte Gleeson is celebrating her birthday with a large party but she will remember very little because she is drunk. The following morning her daughter’s boyfriend, Kieran, is found stabbed to death.

Detective Inspector Ellen Kelly no longer feels she needs the counselling sessions following her killing of a man in the performance of her duty. But her new boss doesn’t trust her and insists on dictating the course of her investigation into a serious and potentially dangerous case of stalking.

DI Ellen Kelly returns to work after compassionate leave and finds herself confronted by a case involving the abduction of a little girl. Realising that she is in a race against time, she throws herself into the investigation and pursues it single-mindedly.

Reviewed on 28 December 2013 by Arnold Taylor