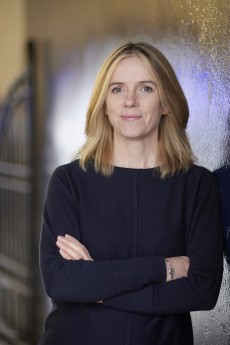 Shona (SG) MacLean was born in Inverness and grew up with her four siblings in various small hotels run by her parents around the Scottish Highlands. The writer Alistair MacLean was her father’s brother and a very kind and perceptive uncle. She studied History at Aberdeen University, with a view to an academic career, but the logistical demands of family life led instead to fiction-writing.

After over 25 years around Aberdeen and Aberdeenshire, she returned with her family to the Highlands in 2010. Her husband is gainfully employed in education, but not all the ills of society are his fault. Her four children are almost all grown up now, and she should have more time for writing, but on the loss of their much-loved old Labrador last year, the family bought a puppy who is unimpressed by literary pursuits.

She helps run a toddlers’ group at her local church and is secretary of the local Pipe Band. The toddlers are a good deal less trouble than the Pipe Band. Her favourite pastime is cycling, in which no lycra is involved.

Captain Damian Seeker, Cromwell’s counter-intelligence ‘enforcer’ faces another assassination plot against the Lord Protector and must also solve the riddle of a murder by bear!

1655. Captain Damian Seeker of Oliver Cromwell’s handpicked guard has been sent north to prepare the way for stringent new anti-Royalist laws. What should be a to a routine visit to a village on the North York moors uncovers a stew of hatred, ambition and treachery.

Damian Seeker, captain of Cromwell’s guard, faces sedition, armed rebellion, a Royalist spy in his own ranks and the threat of a Stuart invasion.

Damien Seeker is a mystery. His family and past are unknown, but as an enforcement agent for Oliver Cromwell he is known and feared as a ruthless investigator, sworn to protect the ruler of England at any cost.

College lecturer Alexander Seaton investigates the disappearance of a Highland clan chieftain's son and the death of a teenage girl, and is drawn into a web of lies and betrayal linked to his own past.