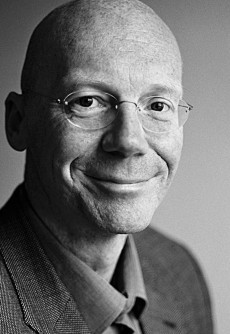 Cay Rademacher was born in 1965 in Northern Germany, but now lives in Southern France. (Anybody who has seen both places knows why). He studied history and philosophy in Cologne and Washington, DC, and is a founding member of the renowned German history magazine, Geo Epoche.

He continues to write for Geo Epoche as a freelance journalist, as well as Die Zeit and Mare, and is the author of several thrillers, including the trilogy on ‘Oberinspektor’ Frank Stave, who is fighting crime in the ruins of British-occupied Hamburg in the 1940s. He is currently writing a series on Capitaine Roger Blanc of the French Gendarmerie, who, rather against his will, finds himself in Provence to fight crime there.

Chief Inspector Frank Stave has decided to transfer from the homicide section of Hamburg CID to Department S which deals with economic crime, mainly the black market. Even he’s not sure why he wants to move.

Reviewed on 24 November 2018 by Arnold Taylor