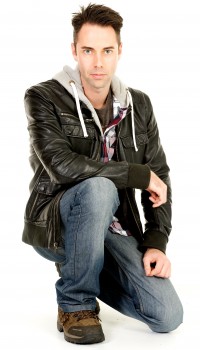 Countdown with Will Jordan

Will Jordan initially wanted to be an actor and while working as an extra, he was cast as a World War Two soldier in a feature film. After being put through military bootcamp and taught how to handle weapons for his role, he decided to do further research and soon fell in love with works of military history. He then turned his hand to writing and, in order to shape his first Ryan Drake thriller – Redemption – visited weapon ranges all over America and Eastern Europe, becoming something of an arms expert. He lives in Fife with his wife and sons.

Books by Will Jordan

When a sniper ambushes a motorcade of Russian security force members, Ryan Drake has to decide how far he’ll go to protect Anya, the woman he once had to break out of a top security prison.

Ryan Drake and his Shepherd team specialize in finding people and bringing them back. This time they’re off to Afghanistan to bring back a senior CIA operative held by insurgents.

Reviewed on 22 February 2014 by Linda Wilson