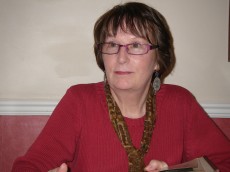 Frances Brody is the author of the Kate Shackleton mysteries, as well as many stories and plays for BBC Radio, scripts for television and four sagas, one of which won the HarperCollins Elizabeth Elgin Award. Her stage plays have been toured by several theatre companies and produced at Manchester Library Theatre, the Gate and Nottingham Playhouse, and Jehad was nominated for a Time Out Award. She lives in Leeds.

A Snapshot of Murder

Kate Shackleton organises a photographic society outing to Haworth, the heart of Brontë country. But when the most obnoxious member of the party is murdered, her planned break from detection comes to an abrupt end.

Death in the Stars

Death at the Seaside

War widow turned private investigator Kate Shackleton takes an overdue holiday to visit an old school friend and her goddaughter and discovers a body – and a wall of silence.

Murder on a Summer's Day

It's 1924 and amateur sleuth Kate Shackleton investigates the disappearance of an Indian Prince who was riding on the Yorkshire moors. But diplomatic considerations get in the way of the truth until more murders and attempted murders force the authorities to act.