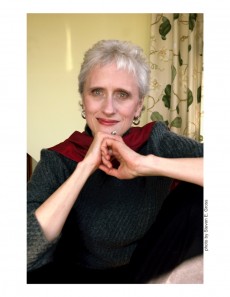 All but two of Sara Paretsky's novels feature the female PI VI Warshawski, who first appeared in 1982 in Indemnity Only. Her many awards include the Cartier Diamond Dagger Award for lifetime achievement from the British Crime Writers’ Association. In 1986 she created Sisters in Crime, a worldwide organization to support women crime writers, which earned her M. Magazine’s 1987 Woman of the Year award. Paretsky served with then-state senator Obama on the board of Thresholds, which serves Chicago’s mentally ill homeless.   She has mentored teens in Chicago’s most troubled schools, and works closely with literacy and reproductive rights groups.

VI Warshawski is run ragged when the nephew of her closest friend is linked to a murder, and the niece of her ex-husband shows up desperate about a missing sister.

Reviewed on 26 January 2019 by Chris Roberts

Chicago private investigator VI Warshawski is reluctantly drawn back to her old neighbourhood to investigate whether the unpleasant mother of a former boyfriend was framed for the murder of her daughter.

Reviewed on 24 October 2015 by Sharon Wheeler