We’re not quite sure what we think of pseuds around here. No, no, not the pretentious sort that have their own corner in Private Eye magazine. We mean authors writing under another name. Presumably some have good reasons for doing so, but we don’t see the point when we know who they really are …

There are three authors writing under pseudonyms this week starting with Alex North, who’s better known as Steve Mosby. In The Whisper Man, Tom is making a fresh start with his young son away from the grief associated with the house where his wife died, but their new location proves not to be the safe haven he's expecting. Linda found the book deeply creepy. Setting up historical figures as crime fighters can be a hard sell at times, but John Cleal was very impressed by The Vanished Bride by Bella Ellis, which features the three Brontë sisters who decide to investigate the case of a missing woman. John says Ellis, otherwise known as Rowan Coleman, succeeded quite spectacularly in selling her central premise to him. Less successful, in Kati Barr-Taylor’s eyes, was At Your Door by JP Carter, who also writes as James and Jaime Raven. Here DCI Anna Tate handles the case of a brutally murdered girl with her bosses taking a close interest in the case. Kati grumbled about the number of missed opportunities for cranking up the dark atmosphere and suspense aspects of this story.
John Barnbrook got on well with Widow’s Welcome by DK Fields. In the United Realms there are now no elections, instead every five years the leading group is chosen by picking which of them tells the most compelling story. This time, one of the storytellers is murdered and fear and suspicion grows. John says Fields (a writing partnership of novelists David Towsey and Katherine Stansfield) has created a vivid and believable world and he found the descriptions of place, system and character to be clearly and interestingly drawn.
If you’re tapping your feet and expecting your usual dose of snow, trees, angst, snow, murder and trees, there are two Scandi releases this time, starting with Knife, the latest outing for Jo Nesbo’s troubled detective Harry Hole (cue the angst!) His life is already in chaos when a deranged, vengeful enemy causes even more trouble for him. Viv Beeby wonders if Hole is at last reaching the end of his nine lives, but despite some trepidation, she couldn’t stop reading. In The Girl Without Skin by Mads Peder Nordbo, the discovery of a mummified body on the edge of an ice sheet in Greenland leads to the re-opening of an unsolved case from 1970s. A Danish journalist and a young woman released from prison delve into the shocking and brutal past. Ewa Sherman says the characters have believable motives and she enjoyed the beautiful landscapes that give an authentic feel to this tense thriller.

Ewa followed this with The Last Woman in the Forest, where a young America woman who works with rescue dogs on environmental projects is shocked when she discovers that her mentor might have been responsible for the unsolved murders of at least four women. Ewa says Diane Les Becquets tells a powerful story about the innermost feelings and desires, encompassing trust, intuition, love, grief and self-preservation. Chris Roberts praised G.I. Confidential by Martin Limon in which two US army CID agents investigate a South Korean bank robbery which has all the hallmarks of military involvement. Chris says this was definitely his kind of book. He enjoyed the combination of the detectives’ laidback and knowing approach to the resolution of problems which arise within what is essentially an army of occupation, together with an open-minded perspective about Korean culture.

One of the perks of reviewing is getting your hands on something that really pushes your buttons and for Linda Wilson that’s the latest addition to the Rivers of London series. In Action at a Distance by Ben Aaronovitch and Andrew Cartmel, the death of an old friend takes both DCI Thomas Nightingale and his sidekick, the resourceful Peter Grant, on a trip down memory lane. Linda enjoyed getting to see something of the ruthlessness behind Nightingale’s urbane exterior and she particularly liked the glimpses of his wartime exploits.

Linda was also very happy with Between Two Evils, the latest outing for Eva Dolan’s Peterborough cops DI Zigic and DS Ferreira, who are investigating the murder of a doctor at a women’s detention centre. There are no immediate suspects but plenty of people who seem to be putting roadblocks in the way of the investigation. Linda describes the book as quality crime fiction. John Cleal was equally lucky with Blood on the Law by William A Graham where a private investigator is hired by his former wife, a top lawyer, to help prove the innocence of his boyhood friend – now the city’s major drugs dealer – who has been found with £2 million-worth of cocaine in his car. John praises both plot and characterisation and says Graham is a clever, eminently readable author. Chris Roberts wasn’t so convinced, though, by the main character in Mr Nobody by Catherine Steadman. Neuropsychiatrist Emma Lewis is asked to help when a man is washed up on a Norfolk beach with only vestiges of memory, but returning to the area will bring her face-to-face with a past she is keen to forget. Chris says she’s all too good at putting herself in unnecessary danger and he would have preferred a little less hysteria from her.

On the thriller front, John Cleal really liked Hitler’s Secret by Rory Clements in which Cambridge-based American history professor Tom Wilde is asked to smuggle a mysterious package out of wartime Nazi Germany – something so secret, even Hitler doesn’t know what it is! John praises a cast of colourful characters, a plot rich in deception and intrigue and a tangled web of espionage and murder that offer first class entertainment for fans of historical ‘faction’, spy fiction or action thrillers. We all know that John, an ex-army man, can spot factual errors and poor research at 20 paces. Tight Lies by Ted Denton has a rookie golf agent (OK, that’s a bit different!) discovering some very dodgy dealings that involve a Russian gas company on the verge of tying up a mega deal with the British government. Cue lone wolf ex-SAS man Tom Hunter’s attempt to save him. John says this is a potentially good book, wrecked by too little background research into the protagonist and too much Rambo-style violence and gore.

Our reviewers didn’t fare too well this week with true crime releases. Chris Roberts wasn’t convinced by the autobiography, Hollywood Godfather, by Gianni Russo, written with Patrick Picciarelli. Russo has lived as a gangster both in real life and in the movies and rubbed shoulders with the cream of Hollywood. Chris said he can’t help feeling that Russo has edited reality to fit his view of himself. Over in the UK, Somebody’s Mother, Somebody’s Daughter by Carol Ann Lee tells the true stories from victims and survivors of the Yorkshire Ripper. For Kati Barr-Taylor, the book did little to flesh out the lives of the victims and she found the photos of the murder weapons unnecessary and distasteful.

Factual context is important in No Place of Refuge by Ausma Zehanat Khan, Esa Khattak and Rachel Getty travel to a Greek island where a friend working to help refugees has disappeared. Chris Roberts says there’s too much introspection and angst from the main characters which slows the pace to a crawl, but he notes that there also are passages of beauty as well as horror.

The reissue of Georges Simenon’s classic series continues with his detective receiving a series of anonymous letters threatening murder in the household of an eminent lawyer. John Cleal describes Maigret Hesitates as another brilliantly crafted study of human motivation, more a ‘why’ than a whodunit, which conveys an understanding of the less attractive aspects of human nature and how and why an individual can be moved to murder.

Elsewhere, Kati Barr-Taylor had mixed feelings about Stone Mothers by Erin Kelly. A woman’s husband has bought a convenient pied-à-terre, but it’s the key to a dark past that should have remained buried. Kati found the portrayal of dementia touching and convincing but says the structure of the book creates a degree of distance from the characters.
Linda Wilson’s teen offering for this issue is Trouble in New York by Sylvia Bishop. Schoolboy Jamie Creedon doesn’t just want to deliver the news, he wants to write about it as well, and not just in his school newspaper. When he gets the chance to visit the offices of the Morning Yorker, he doesn’t realise quite how dangerous his life is about to become. Linda adored the book and the sense of real danger that suffused it. She says the 1960s setting is perfectly captured, and the three young protagonists are all sparky and well-drawn.

Please welcome author Helen Sedgwick to the Countdown chair. She’s clearly had a very varied working life. And we love her idea for seven drinking companions. We also want to tag along to Antarctica and the international space station, please. The fact we get seasick on the Isle of Wight ferry is neither here nor there! 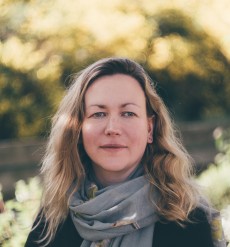 Helen Sedgwick is an author, editor, amateur gardener and former research physicist. She spent several years working as a bio-engineer developing new technologies for cancer research but has also worked, at various times, as a musician, a dinner lady, a physics tutor, and the MD of Cargo Publishing.

Given her time again she'd like to be an archaeologist which perhaps explains something about her crime book, When the Dead Come Calling.

She grew up in London and now lives, writes, and grows vegetables in the Scottish Highlands with her partner, photographer Michael Gallacher, their 18-month-old daughter, and their rescue chickens. She has a solid plan for surviving the apocalypse.

My yucca plant, books, a photo of my mum when she was three years old, wild rocket seedlings, a micro Lego T.rex, a cherry tree, strawberry plants, the sky and my mug of tea.