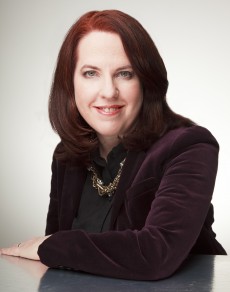 Nancy Bilyeau was born in Chicago, Illinois, and grew up in the Midwest. The daughter of a lapsed Irish-American Catholic mother and Protestant-turned-atheist artist father, she attended Unitarian Church in Ann Arbor, Michigan, then a hotbed of political radicalism, but her memories are dominated by the nearby suburban shopping malls and the rock concerts.

While gaining a bachelor's degree at the University of Michigan, studying history and English literature, she became infected with the journalism bug, worked as a reporter and editor for the student newspaper, and has been a professional writer pretty much ever since.

Nancy’s first job was copy editor at the Boca Raton News (Spanish for 'mouth of the rat') in South Florida, moving up to police reporter, when she was once chased off someone's property by a Doberman. She moved north at the age of 23, working at another newspaper and then starting in the magazine business. She's been a staff editor at Rolling Stone, Mademoiselle, Good Housekeeping, Entertainment Weekly and more.

In the middle of it, she married a Canadian and moved to Toronto, living there for almost two years. She learned the importance of knowing people with wonderful cottages and drinking Creemore beer. Dragging her spouse back to New York City, she had two children there, a boy and a girl. She wrote three screenplays, two of them reaching the semi-finals of the Academy Nicholl Fellowships in Screenwriting.

Nancy is now the deputy editor of the Center on Media, Crime and Justice, affiliated with John Jay College/City University of New York, writing about issues such as solitary confinement and immigration. She also writes freelance for various websites, newspapers, and magazines, including Town & Country and the Wall Street Journal. She loves to cook, read, hike, and binge watch every sort of crime series, ranging from Shetland to The Wire.

An omelette, sautéed in a little butter, with chopped scallions and grated parmesan folded in. Sliced tomato on the side.