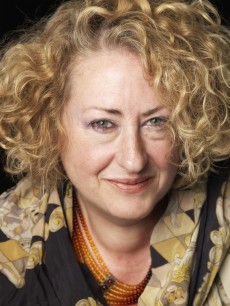 Alex Marwood doesn’t really exist, being the imaginative construct of the sometime journalist and novelist Serena Mackesy, who eventually tired of no one being able to pronounce her name.

Born in Oxfordshire to expat Celts, she always intended to be a writer, but got there via a series of jobs like door-to-door sales, barmaiding, crossword editing, teaching, lexicographical proofreading, typing up violent crime appeals at the Royal Courts of Justice and pretending to be a tarot reader.

She lives in London, once trained as a hypnotist and does most of her work in bed. She spends a lot of money on mattresses.

The DSM5,
I, Claudius boxset,
Door draped in necklaces
A bottle of CBD oil
Carry-on suitcase (I’m off to Lisbon this afternoon)
A Georgian linen press (I don’t do coathangers)
Burmese cat, on back
Rolling tobacco (burn the witch!)
A four-foot-tall pot with a picture of an angry Iranian girl with an eye patch, squeezing a pomegranate (it’s by my oldest friend, Claudia Clare; I buy a piece of art for every book I have published)

Um… well, yesterday I had scrambled eggs on marmite toast with smoked eel chopped up in it. It was lush.

Honestly, just about every crime writer; loveliest community I’ve ever been part of.
Douglas Murray, so I could just sit there and go “Yes, Douglas, you’re so damn right about just about everything”.
Boris Johnson (packs laxative drops).
My late friend John Stonehouse (not the MP), who made everyone around him cleverer. I wish I could see him one last time and tell him how much we all loved him.
Stephen King, because I really, really owe him one.
Keanu Reeves, so I could try to cheer him up.
My BFF Antonia, who is the funniest person I know.

Fags
Malta
Burmese cats
The ReMarkable tablet, which has revolutionised the horror of writing. I literally kiss it, sometimes.
Memory foam
Melatonin

“It’s not that simple”
Bollocks.

Our House by Louise Candlish
The Innocent Wife by Amy Lloyd
A David Goodis omnibus. I’ve only just found him and oooh, he rocks.