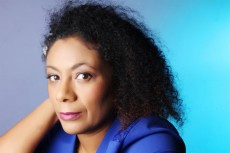 Patrice Lawrence was born in Brighton and brought up in an Italian-Trinidadian household in Mid Sussex. This meant great holidays and even better food. She found her way to east London in the 1990s and has acquired a cat called Stormageddon.

Patrice worked for more than 20 years for charities supporting equality and social justice. These themes (along with a serious amount of music – her ideal mixtape includes drum 'n' bass, Bruce Springsteen and Studio Ghibli soundtracks) inform her stories and music can't help creeping into her books.

Her first book for young adults, Orangeboy, won the Bookseller YA Prize and Waterstone’s Prize for Older Children's Fiction.

Nigella’s lemon, mushroom, garlic and thyme linguine. Eight minutes for the prep plus a bit extra to make sure your pasta isn’t crunchy.

Amanda Lees – From Aconite to the Zodiac Killer: A Dictionary of Crime (Robinson, pre-order)
Maame Blue – Bad Love (Jacaranda Books)
Ainissa Ramirez – The Alchemy of Us: How Humans and Matter Transformed One Another (MIT Press)

People who don’t say ‘thank you’ when you swerve off the pavement into the oncoming traffic to let them pass.

The way John Torode pronounces ‘pasta’ on Masterchef. (And don’t get me started on ‘tagliatelle’ and raviolo/ravioli.)

Girl, remember that time you accidentally ended up with white stripy hair because you and Lucy were watching INXS videos and you forgot how long you’d left the bleach on? You should have made detailed notes because when you’re older, you could have put it in a book.