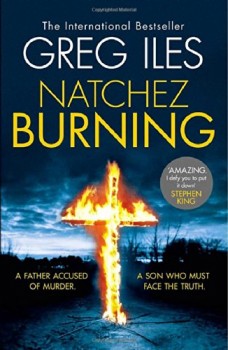 Ku Klux Klan killings from the 1960s resurface to claim new victims and leave ex-prosecutor Penn Cage facing a son’s worst nightmare with his father accused of murder. Attempts to clear his name unearth new secrets, and in a town where the past is never truly buried, those secrets turn lethal.

Two years ago Greg Iles was in a week-long coma, had torn his aorta and lost a leg after a high speed road smash. Now this gifted chronicler of the real-life, past and present, racial divides of the Deep South has launched into what appears a valedictory series, using his forensic skills to open up the rotten heart of ‘Ole Miss’ to a wider – and disbelieving – world.

British readers may find its plot, a thick web of intrigue and suspense, told from several perspectives and spread over more than 40 years, almost incredible because we know so little of domestic America. I was reminded of how great the divide still is when some friends who attended a big charity function in Richmond, Virginia, only a few years ago, were horrified to note the only black faces present belonged to waiters!

In Natchez Burning, Penn Cage, former prosecutor, successful author and now mayor of Natchez, returns in this brutal, violent and passionate story with its themes of race, tradition, and the anger which has smouldered in the South since Lee’s surrender. A shocking series of racial murders from the 1960s gathers new life – and victims – in the present.

Cage faces a son’s worst nightmare when his doctor father is accused of murdering a black woman who was once his nurse and all attempts to defend him unearth new secrets, leaving Penn to question whether he really knew his father at all. How were his father and the dead woman connected to the murderous, racist Double Eagle Club, an ultra-violent breakaway group of the Ku Klux Klan? How did that group build its modern connection to organised crime and state corruption?

In Natchez, where the past is never truly buried, these kinds of secrets turn lethal when exposed and for Penn Cage – and his whole family – there is no exception. With its scope and passion this superb and constantly surprising story explores William Faulkner’s ‘verities’ – pride, love, honour, pity, compassion and sacrifice – on a canvas strange to British readers, but no less believable for that and utterly compelling. Even hints at links to the murders of Martin Luther King and the Kennedy brothers fail to surprise – and are just as feasible as anything that appeared in the Warren Report.

You’ll need a strong stomach for this. Racial violence, arson, rape, torture and murder, all in particularly horrific detail, feature from the start, but you still won’t be able to put this truly brilliant piece of work down.