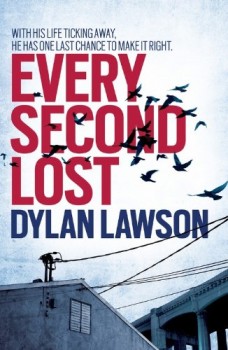 Time is running out for accident investigator Elias Hawks, who is trying to find the missing daughter of a girl he once knew.

Elias Hawks introduces himself as a ‘student of accidents’. At the time of the story he is an accident investigator for an insurance company in Los Angeles. Eighteen years previously he was a student when a serious car accident left him in a coma for six weeks from which he emerged with a traumatic brain injury. This injury leaves him with headaches, blackouts and a quiet life, as any stress could kill him.

Then the woman who was in the car with him arrives at his door. She is troubled and upset and wants him to help her find her daughter, Charlotte, who has disappeared on a shopping trip to the local mall. Reluctant at first, then ever more intrigued by the fact that she seems to have wanted to disappear, Elias uses his investigative skills to help them track her down. Flashbacks of the night of the accident only serve to strengthen his resolve – even if it will be the death of him.

As the search for Charlotte unfolds we get to see the underside of Los Angeles with its out of work actors and faded dreams. It is a place where it is easy to disappear. There are drugs and a rehab clinic and plenty of back streets. Everything is seen through the eyes of Elias and is like a running commentary on the past (the accident) and the present (the pain and headaches).

The brain trauma is central to the plot as it justifies Elias’ occasionally reckless behaviour and adds to the urgency of the search, but from quite early on it made me wonder just why someone with such an unstable condition is allowed to keep on driving! After all, he has more than one blackout in the course of the book. Maybe the rules in the USA are different to the UK but even so I kept expecting it all to end in one big car crash – literally.

In actual fact I think I would have preferred it to end that way, as the last chapter left me feeling I had been tricked into investing time and energy in the whole premise of the book. To avoid this, and enjoy some good escapist reading be strong and stop reading at chapter 49. After a break read the last chapter and see how you feel…