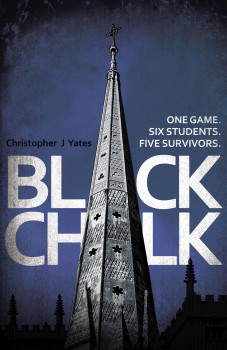 Six new Oxford students form an instant friendship. At the Freshers’ Fair they sign up with the mysterious Games Society and The Game – an elaborate mixture of luck and consequences emerges. Early penalties are trivial but become more humiliating as they are played out against a background of changing relationships which inevitably lead to tragedy.

There are two ways of looking at this convoluted debut by an Oxford-trained lawyer and puzzle enthusiast. Either it is a story of control and how delicate the balance between friendship and harm can be, or it is a self-indulgent tale of over-educated and self-important teenagers playing a 14-year game of ‘chicken’, lacking in either common sense or psychological depth.

With its constant switching between past and present, this is the kind of book that challenges the reader to continue from the very first page. The emphasis on control urges you to read on, but its six principal characters often fail to convince with their ill-informed commitment to their group and the game they have invented.

The unusual structure – each section is numbered with progressive Roman numerals heading towards D (500), a significant number for one of the group – is like a clock ticking somewhat erratically towards some kind of terrible conclusion. If you are fond of games, weird psyches and unmoved by the legend of Dead Man’s Hand – two pairs of aces and eights – this will be an ideal read.

Six new Oxford students form one of the instant cliques that university life often produces. At the Freshers’ Fair they sign up with the mysterious Game Society and The Game is born. Rules are agreed, overseen by the faceless but menacing trio who act for the society, and an elaborate game of consequences emerges. At first penalties are trivial, if embarrassing, but soon becoming more humiliating, played out against a background of changing relationships which inevitably lead to some sort of tragedy for all involved.

Black Chalk is set in Oxford and East Village, New York City. The ingenious plot is well-written, but the constant back and forth between the narrator of now – a hermit who must control his shattered life through mnemonics and who desperately chases self-control before the final round of The Game 14 years after it began – and the then of the start of this long, and often juvenile, saga, fails to coalesce.

This is a moody tale of intrigue and shadow, very much in keeping with present times, dealing with power, its abuse, and gullibility. What it lacked for me was any feeling of reality – or evidence of any brains among a group of allegedly highly intelligent young people over the outcome of such a pointless game which in some way destroys all their lives? And the implication that the sinister Games Society might be some warped offshoot of the privileged ‘Hooray Henrys’, who one day will exercise everyday power and control in many areas of life, is a shade too ridiculous to accommodate.