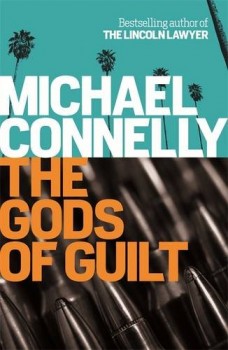 The Gods of Guilt

Mickey Haller is surprised to discover that a cyber-pimp accused of murder was recommended to him by his alleged victim – an escort girl Haller represented years before. His decision to defend the man pits Haller against corrupt lawmen who will stop at nothing to cover up their crimes.

British justice may sometimes get it wrong. There is the occasional corrupt copper and a relatively small number of lawyers who will do anything for a fee – but there has never in all my years as a crime reporter been anything like defence lawyer Mickey Haller and the sinister and evil men he opposes in this fifth case for the Lincoln Lawyer.

The Gods of the title are the jury men and women who decide the fate of an accused on the performance of his representative and the novel offers an illuminating look at the mechanics of the Californian legal system where lawyers walk the line between seeking justice through the truth or just helping their clients ‘beat the rap’ by trickery or downright deception.

Haller will pull every trick in the book – and a few he makes up as he goes along – to gain an advantage and his fee. This attitude has cost him two marriages and the relationship with his daughter, disgusted by his use of a technicality to gain the acquittal of a drunk driver who later ran down her friend and her mother.

In this perfectly-pitched legal drama Michael Connelly has drawn on his years on the crime beat to paint an authentic and completely credible series of courtroom exchanges – and in doing so highlights the weaknesses of a legal system which leaves a judge worrying about re-election if what appears a perfectly logical ruling could lead to a reversal on appeal.

There’s plenty of action outside the court as well, involving a Mexican cartel killer, corrupt narcotics agents and detectives and disbarred lawyers.

Haller, whose half-brother, LAPD officer Harry Bosch, already has his own following from earlier books, is forced to play it almost straight when his latest client – a cyber-pimp accused of murder – convinces him of his innocence and reveals he was recommended to contact Haller by his alleged victim, a former escort girl the lawyer had represented and tried to help years before.

From some dubious legal manoeuvrings, the defence evolves into a search for the truth as Haller and his team draw links to earlier cases and the possibility of massive corruption which boils up through threats and murder into a dramatic courtroom showdown.

Connelly has the ability to grab attention with his first sentence – then hold it through a series of peaks while at the same time getting in the clever, solid background of the courtroom. He doesn’t fail here: ‘I approached the witness stand with a warm and welcoming smile. This, of course, belied my true intent, which was to destroy the woman who sat there....’

The way Haller practices law can be rather more dangerous than the risks of contempt of court or disbarment. It’s a good job he has a brilliant counsel behind him to keep his fans entertained and enthralled, save what could be a rather dislikable character from himself and make him a permanent winner in the court of reader appeal.