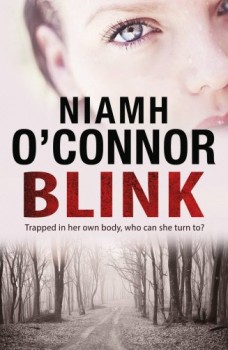 DI Gavin Sexton is looking into a spate of teenage suicides when he meets a young girl paralysed by 'locked-in' syndrome. Communicating by blinks, she tells him: 'I hired a hitman'.

Niamh O'Connor is a brave author. Having established her series around Superintendent Jo Birmingham, in this, the fourth story, she virtually ditches her heroine, who plays very much a secondary role as she recovers her sight after a car crash.

This time it is her former partner DI Gavin Sexton who takes centre stage – a very different Sexton to the one we have met before. Her detectives are real people, with real problems, real frustrations – and real reactions. Sexton is under pressure, with the added weight of his wife's unresolved 'suicide.'

The plot verges on the noir because of its horrific major subjects – teenage suicide clusters and the growing trend of internet bullying – and is all the more gripping for that. Based loosely on events in Bridgend in south Wales and other major incidents in Germany, Japan, the US, Canada and Ireland itself, it explores the pressures of adolescence.

Sexton is tasked, partly as a punishment, with preparing a ministerial report into a spate of teen suicides when he meets a young girl paralysed by 'locked-in' syndrome. Communicating by blinks, she tells him: 'I hired a hitman'. That confession plunges him into a world of drugs, internet trolls and adolescent angst.

Meanwhile Birmingham, struggling to return to duty and deeply worried about her own teenage son, keeps her promise to reinvestigate the apparent suicide of Sexton's wife – and this parallel plot is perhaps the least convincing part of the book. I felt it detracted from a brilliantly told, convoluted, but always gripping story – and was perhaps too easily resolved.

O'Connor can write, build and sustain characters and create innovative plotlines with the depth and reality you would expect from an experienced crime reporter. Fans of the streetwise and spiky Jo Birmingham will doubtless hope she returns to prominence in future books, but Blink, despite a couple of far-fetched links to genuine events – and a careful bit of product placement for her paper – is a first class, clever and fast-moving book which will keep you reading right to the end.