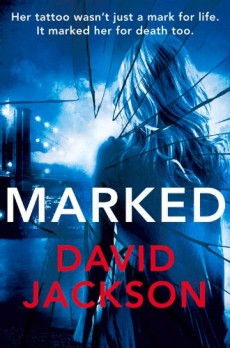 In New York’s East Village, the remains of a young girl are found. Detective Callum Doyle has seen a similar killing in the past and he knows who committed both crimes. The problem is, no one believes him.

A woman’s buttocks are discovered in a trash can in New York’s East Village on the same night as her head is found in bins next to a Chinese restaurant. Detective Callum Doyle of the New York Police Department is assigned the case on the same day he’s assigned a new partner, Detective Tommy LeBlanc. Their job is to find the killer but, from the moment he sees the tattoo of an angel on the dead girl’s bottom, Doyle thinks he knows who did it. The only man he will even consider as a suspect is a lowlife tattoo artist called Stan Proust, a man Doyle is convinced got away with rape and murder before.

Over the course of the investigation, between giving the dead girl’s parents too much information, the kind he isn’t supposed to pass on, and giving credibility to circulating rumours that he is mentally unstable and unfit for the job, Doyle proceeds to harass and terrorise Proust until his suspect is pushed beyond breaking point and starts to come up with extreme ways to protect himself.

Don’t be fooled. This book is less about the police hunting a killer of a young woman, and more about one cop’s obsession with putting a man he hates behind bars. The tragic girl cut down in her prime barely gets a mention as the New York detective unravels, if he was ever ravelled to begin with. This is the story of his descent into the last circles of madness, hurried on his way by the well-deserved station gossip, the half-truths and all-out lies told by almost every character along the way.

This wouldn’t necessarily make a bad plot, but the problem here is that there’s no one to like, no one for the reader to side with. Doyle isn’t fit to be a serving police officer, never mind that he has had results in the past; he is a monster and deserves himself to be in jail. LeBlanc, his unfortunate new partner, is a confused individual, seemingly incapable of making an intelligent judgement about his own partner.

Doyle is in so deep with New York’s criminal fraternity that it’s inconceivable he hasn’t been caught up in some undercover operation. He’s such an unlikeable person that when – as it must – all comes good for him, it left me feeling cheated, that he doesn’t deserve the luck that befalls him, doesn’t deserve to get away with the things he does. As the plot ploughs on and Doyle falls deeper into a hell of his own making, it’s at least entertaining to imagine the trouble he would be in if he was found out – which presumably he won’t ever be, because he’s supposed to be the hero. In this book, it’s impossible to tell the heroes from the villains, and while that might be true in real life, it’s just unsatisfying and frustrating in fiction.