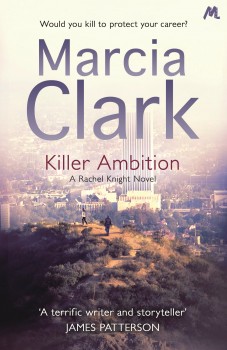 Los Angeles Deputy DA Rachel Knight has the difficult job of prosecuting a Hollywood mogul when a kidnapping ends in murder.

Deputy District Attorney Rachel Knight and her friend Detective Bailey Keller investigate the kidnapping of Hayley, daughter of Russell, a mega- successful Hollywood producer. Without her parents’ knowledge, Hayley has been seeing a boy called Brian. When it emerges that Brian’s father is Tommy, who committed suicide after claiming Russell stole his script, the reason behind the kidnapping seems evident.

Things take a turn for the worse when Hayley’s body is found. Further investigation shows the crime in a different light, and Rachel eventually goes to court to prosecute Ian Powers, a one-time child star, now a partner of Russell and a Hollywood darling, a very powerful man. His motive is unclear, however, and there are problems with some of the evidence which has been assembled. Pressure is intense, and if Rachel fails to secure a conviction her career is over.

This book is narrated almost entirely in the first person by Rachel, who sits at the centre of a close-knit group: Bailey, colleague Toni (another attorney), Rachel’s boss Eric, the fearsome ‘criminalist’ Dorian and various other associates, partners and friends. The dialogue between these characters is snappy and informal, witty at times, and moves the story along at a fast pace.

The first half of the book describes the emergence of a convincing crime scenario as Rachel and Bailey work in tandem to follow up every new piece of evidence. From an English perspective it seems odd to have the prosecutor so closely associated with the building of a case, but Clark is a former California prosecutor so knows what she is talking about. Presumably the US system gives the prosecuting office a better understanding of the chain of evidence, but perhaps less objectivity. In any event, the chase for the truth here is absorbing.

The second half of the book details the court process, with Rachel still lacking a complete picture, and under pressure from several directions, not least from a rabid media pack determined to extract every ounce of sensation. The defendant’s wealth has enabled him to pick a strong representative in court, one prepared to use every trick in the book, and this adds to Rachel’s difficulties. The courtroom exchanges and the detail on the emergence of evidence are gripping, and the result always in doubt until the last few pages.

This is the third in the Rachel Knight series, which contain plenty to like. The long hours and high stress lifestyle typical of US legal practitioners is convincing, and it is a novelty to see a legal thriller with several strong female characters. The pace of the action is uninterrupted, and holds the attention throughout. Killer Ambition boasts a combination of Hollywood excess, police procedure and courtroom fireworks.