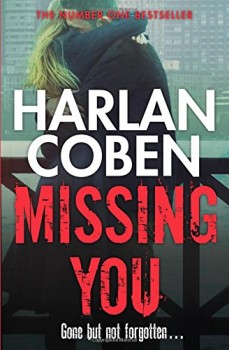 When a friend of Kat’s buys her a subscription to an online dating service, it’s meant to be a bit of fun, but events take an unexpected turn when Kat comes across someone from her past.

When NYPD Detective Kat Donovan’s friend Stacy buys her a year’s subscription to online dating site YouAreJustMyType.com, Kat is wholly unimpressed, especially when she discovers she’s been described as ‘cute and perky’ in the profile Stacy’s set up for her.

But insomnia and too much alcohol are a bad combination and Kat can’t resist taking a look at the site. What she finds there blows a huge hole in the defences she’s built up around herself when she comes across what seems to be a profile for her ex-fiancé, Jeff, a man who’s been out of her life for the past 18 years. Acting on impulse, Kat sends him a message and, when she gets a reply, can’t help wondering if there’s any chance of picking up where they left off, but those hopes are soon dashed.

When Kat’s approached for help by a teenage boy whose mother has gone missing, she and everyone apart from the boy think his mother has just taken a chance of some happiness and gone off for a break somewhere with a man she met online. But against her better judgement, Kat agrees to get involved. At the same time, she’s doing some digging into her own family matters, desperate to know who ordered the hit on her policeman father. Was it the crime boss whose feathers he’d ruffled, or was something deeper involved?

It’s not easy at first to see how the various strands in Missing You are going to come together, but when they do, the books gathers pace inexorably to a very strong climax. I’ve always enjoyed Coben’s books, even if a lot of them do tend to come out of the same stable, involving missing people who aren’t ever quite what the seem and dark secrets from the past. There’s nothing in Missing You to break that mould, but there are strong female characters, a chilling scenario that’s all too easy to imagine yourself being caught up in, and ordinary people who aren’t quite as ordinary as they seem. And why ditch a winning formula?

One of the things I like best about Coben’s books is the feeling that they all fit together in a much bigger world, with subtle connections between them that anyone who’s read his other books will enjoy picking up. It’s a great world to step into, and this is a good an opening as any. I liked Kat Donovan, and I’ll enjoy getting to know her better in the future.