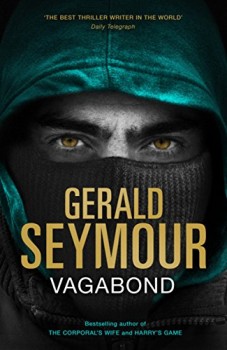 A former runner of informers against the Provisional IRA is called out of retirement and asked to help trap a well-known and dangerous Irish Republican.  He agrees to do so even though the work had left him emotionally scarred.

We first meet (Desperate) Danny Curnow in the army at the height of the campaign against the Provos. He is in a hide, keeping watch on a man against whom information has been received and who is later ambushed and killed when attempting to plant a bomb. Danny, along with his partner, Dusty, is still in the hide when the priest calls to tell the family of the man’s death. His eight-year-old son howls when he hears the news, not with misery but with anger. Dusty says that he will prove to be a problem when he is a man. Dusty is correct.

There is no suggestion of anything illegal about causing the death of a man through the use of informers in this way. It is simply a job that, in the interests of society, has to be done and at this time Danny has no ethical problem in doing it. However, it transpires that later on he does begin to look closely at his occupation. He sees that he has been ‘owned by the job’, that he had no concern for the effects of his actions.  Eventually he decides that on moral grounds he can no longer continue and simply walks out, closely followed by Dusty. Many years later we find the pair in Caen, making a living by taking tourists around important beaches of the second world war – Dunkirk, Dieppe, and the Normandy beaches, particularly Omaha.

When Danny receives a call from MI5 to assist in the handling of an informer it never occurs to him to refuse and he immediately comes out of his self-imposed retirement. The MI5 officer involved in the operation is Gaby Davies but she has not run such an operation before and her superior feels that she will need a man of Danny’s experience, not to mention his toughness. Nominally, however, she is in charge of the operation.

It turns out that the MI5 informer is being used to broker an arms deal in Prague between the Continuity IRA and a former member of the Soviet GRU, Timofey Simonov, who, with the demise of the Soviet Union, has become an ‘entrepreneur’ and has built a fortune based on arms trading. It turns out that the Northern Irishman entrusted with negotiating the purchase of the arms is the same young boy, Malachy Riordan, whose father had been killed all those years before.

The plight of this young boy, now grown to manhood, evokes a certain sympathy from Danny who can understand the circumstances that caused him to become committed to the Irish cause. This sympathy is expressed in some detail by him later in the novel, although, in view of what occurs afterwards, it might well be regarded as having been misplaced.

The overall attitude to the modern version of Irish republicanism is not very different from that encountered in Harry’s Game, published 40 years ago. There is still the same sense of hopelessness and futility about ‘the cause’ for which Riordan is prepared to die. Never for a moment does he attempt to analyse his beliefs or to justify them. It is merely ‘the cause’. They will never give up ‘whilst blood flows in their veins.’ The mothers of two boys killed as result of Riordan’s action know better and ask who filled their sons’ heads with such rubbish. There is a very poignant paragraph in which the faux excitement and the futile pursuit of Irish glory are contrasted with the quiet humanity of the lives of their womenfolk. Two of them, both widowed as a result of IRA action, sit quietly in the kitchen and talk softly ‘of lives gone by, what might have been.’ One had been the wife of an activist, the other the wife of a ‘tout’, but they had forgotten their differences.

However, this is not Harry’s Game and the world has changed a great deal since then. There are now other ways in which man can demonstrate his inhumanity to man. When the Soviet Union collapsed those in power realised that their lives would need to change if they were to retain that power and they were prepared to do anything to ensure it. It was merely a question of establishing precisely what the best way was. The potential for arms sales to ‘freedom fighters’ was very great and it forms the basis for much of what happens in this book.

This universality that Seymour brings to his story is very well served by the deliberately disconnected style. There are a couple of paragraphs concerning one character or one event before we are taken – again perhaps briefly – to another. Not only that, but the action moves on very swiftly. To those unfamiliar with Seymour this can initially be disconcerting. The challenge is to put all of these pieces of story into a meaningful whole and the reader has to trust him to do so. He has, of course, been doing it for a long time and rarely more effectively than here. There may be political, sociological, perhaps even philosophical aspects to the novel, but it is always a thriller and there are many occasions when the suspense makes us catch our breath. With such careful attention to character and such easily believable people this is a very fine example of writing in this genre.