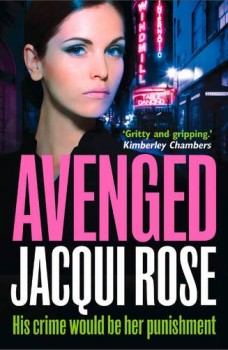 When Patrick Doyle’s past comes back to haunt him, his daughter Franny finds herself caught up in a deadly game, not knowing that her own life is on the line.

Patrick Doyle’s past is murky, to say the least. He’s risen through the ranks of London’s underworld, making a name and a fortune for himself in the clubs and drug scene in Soho, with his closest friend Cabhan Morton at his side. Together, the two men have brought up Patrick’s adopted daughter Franny, teaching her to pick pockets at the age of seven and buying her lock-picks instead of dolls for her birthday, so it’s no surprise that Franny can hold her own in a dirty business.

But even Franny doesn’t know the true extent of what went on in Patrick’s past in Ireland. That’s something he and Cab have always kept to themselves. That and the secret of Franny’s birth. When Patrick left County Kerry, after suffering the sort of abuse at the hands of priests and others that has made all too many of Ireland’s children’s institutions notorious, he had to leave his beloved Mary behind, but when he heard of her death, he wasn’t going to desert her child as well.

The only problem was that to get away, Patrick ended up beholden to the violent and unpredictable Donal O’Sheyenne, and he’s not a man to ever forget what he’s owed, as the story of Patrick’s background makes only too clear. He makes a deal with the devil and O’Sheyenne intends to make him pay off that arrangement for the rest of his life or lose his most precious thing.

Jacqui Rose presents a convincing picture of the seamy side of London, comparable with the bleak, violent worlds depicted with equal skill by Mandasue Heller and Martina Cole. There’s also the same sense of being up against almost insurmountable odds. No matter how far Rose’s characters get up to their necks in the mire, they always come out fighting, and despite the fact that they’re all very definitely on the wrong side of the law, it’s hard not to stand on the sidelines cheering them on and holding their coats.

Rose’s strength lies in the fact that her people spring to life on the page, and it’s easy to forgive the occasional technical flaws like wandering points of view that can cause some confusion at times. That aside, Avenged gets its hooks into you early and doesn’t let go. Jacqui Rose’s Soho is an area I’d like to visit again, but only from the safety of a nice armchair.