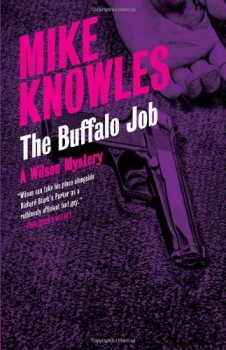 Wilson’s efficiency at stealing a painting on short notice gets him another job – but something very challenging and bearing a severe penalty if he fails to deliver.

Operating out of Toronto, Wilson is a ‘consulting’ criminal but he agrees to play an active role for a gang who messed up the theft from an art gallery. Their lawyer says if the theft is repeated, successfully, the case against the culprits will be undermined, and they are offering a substantial payment. The job goes well, but one of the gang is connected to an Albanian mafia boss, Vogli, who takes notice and pressures Wilson to undertake a special task.

Wilson is not keen but realises he has little choice; he also knows the task is important to Vogli and pushes the fee up to seven figures. His agent Ox finds two helpers: Miles the con man and Carl the driver, and together with Vogli’s nephew Ilir, the gang set off for Buffalo to steal a Stradivari worth several million dollars. Unfortunately, the job has several difficult aspects, not the least of which is that a rival Albanian gang is also after the violin. Things soon turn very bloody and the survival of the gang starts to look unlikely.

It is unusual to find a book where a criminal enterprise is depicted in the first person; success requires the author to sustain a careful balance of realism and making the character sufficiently sympathetic for the reader to care about his fate. Unfortunately, this book ultimately fails in both respects.

In the first few pages, Wilson engagingly employs techniques more commonly seen in espionage to ensure confidentiality for a meet, and his skill and experience come through in his constant mental review of any ongoing action. But is there really such a thing as a consulting criminal? Would a Teddy Bear Toolbox store really be a venue of choice for a criminal gang? The reader’s remaining willingness to suspend disbelief evaporates as the heist progresses and things become more and more frenetic; when Wilson uses a flare gun to cauterise his own bullet wounds, my reserves were exhausted.

Wilson starts off as a sympathetic character, somewhat distanced from direct criminal activity, and his preparedness to take the job given the risk to his confederate Ox does him credit. However, the goodwill of the reader is soon dissipated when Wilson shows himself ready to employ extreme violence against a gang member, and to use a gun without compunction to ensure his liberty.

This is the fifth in the Wilson Mystery series, and his books no doubt appeal to those who favour macho heroes like Jack Reacher or Dirk Pitt. Those who like a bit more realism in their drama might find this a tale too far.