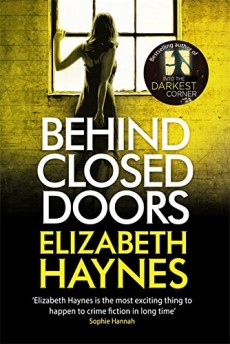 When Scarlett Rainsford is found in the UK ten years after going missing as a teenager in Greece, DCI Lou Smith tries to unravel what happened and why.

Ten years ago, 15-year-old Scarlett Rainsford disappeared during a family holiday in Greece. Despite a huge search, she was never found, and the case has always haunted DCI Louisa Smith, who never lost the nagging feeling that she’d failed the girl. So when Scarlett is discovered to be alive and back in her home town, Louisa, more usually known to colleagues as Lou, is determined to find out what happened to the girl, and how Scarlett ended up back where she’d started from.

The story of Scarlett’s abduction is told vividly from the teenager’s point of view as she’s drugged, raped and trafficked into sex slavery, travelling around eastern Europe to Prague and eventually to Amsterdam, where she plies her trade sitting in a window in the red light district, with little if any hope of escape.

With the stories of missing toddlers Ben Needham and Madeleine McCann still making the news on a regular basis, as well as news of people trafficking, what happens to Scarlett is certainly topical and is presented with a matter-of-fact brutality that is far more chilling than any amount of hyperbole ever could be. The scene where Scarlett and another girl try to escape stands out, demonstrating the utter disregard her captors have for the lives they’ve stolen.

When Scarlett is found during a raid on a brothel in her home town, Lou and her colleagues try to find out what had happened during the years she’s been missing, but Scarlett is fearful and unresponsive, even at the prospect of being reunited with her own family. And her mother and father, on holiday in Spain when the news about their daughter reaches them, seem strangely underwhelmed by the news that their daughter has been found alive. All in all, no one seems at all inclined to provide any answers in a hurry.

Elizabeth Haynes writes well and convincingly, her background as a police analyst providing a welcome ring of authenticity sadly lacking in so much contemporary crime fiction, where it’s all too common to find authors blithely using out-dated terms like WPC, all seemingly copying from each other without troubling to talk to anyone in the job or even do any basic research. She intersperses the narrative with emails and reports, but manages not to interrupt the flow.

Lou Smith is competent and likeable, without lugging along the stereotypical baggage of a tortured past or a problem with drink or drugs or whatever authors care to dream up next in a usually vain attempt to make their main character more interesting. Yes, she has a few relationship problems and a mother who desperately wants her to bring a significant other to a family wedding, but that’s pretty minor in the scale of things in crime fiction.

This is a strong addition to the series, building well but not obtrusively on events in Under a Silent Moon, whilst tying up a few loose ends from there along the way.