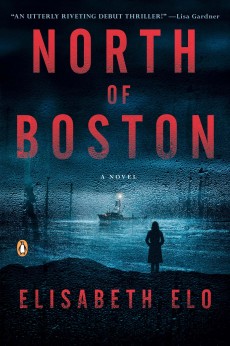 Pirio Kasparov is rescued from the shipwreck of her friend Ned’s lobster boat. It is written off as a hit-and-run accident, but Pirio is not convinced and decides to investigate for herself.

Pirio Kasparov is a freak of nature. While out fishing with her friend Ned on his lobster boat, a freighter collides with them, destroying the boat. Ned is drowned, but Pirio survives for four hours in freezing water that should have killed her. The authorities write off the incident as a hit-and-run accident, but Pirio is not convinced. She is determined to find out the identity of the mystery ship and bring them to justice for the sake of Ned’s son, Noah, who is Pirio’s godson and the child of her school friend Thomasina.

Digging into Ned’s past, she discovers that his previous employers, the commercial fishing company Ocean Catch, sold the boat to him for a nominal sum, but they deny any knowledge of the transaction. A newly-retired employee of the company tells Pirio that Ned had been aboard some mysterious voyages and had been paid some large bonuses, but she does not know the details of the trips, only that something was not right about them.

Pirio calls on old friends in the fishing industry and with the covert help of a journalist, delves deeper into Ocean Catch and manages to get herself hired as a cook on one of the voyages. Heading north into the Canadian whaling grounds, she finds herself in acute danger from a group of super-rich, entitled men who will stop at nothing to protect their ‘sport’.

Pirio and her friend Thomasina are not the easiest characters to like. They come from moneyed backgrounds, but both have a rebellious attitude to their families and Thomasina has a serious alcohol problem. Noah is the anchor that keeps their feet on the ground. It is for Noah’s sake that Pirio is determined to find out the truth about Ned’s death and she is constantly worried about his safety. They do, however, have the opportunity to spend time and money chasing leads and travelling to distant locations.

Much of the early part of the book is concerned with Pirio and Thomasina’s back story and the details of their relationship with each other and with Ned and Noah. It makes the start of the story feel slow, but gives them a life outside the immediate tale, opening the possibility of future stories. There are some unlikely coincidences in the story, but none are totally unbelievable.

North of Boston is an impressive first book, and a great read for anyone interested in wildlife or the Canadian arctic.