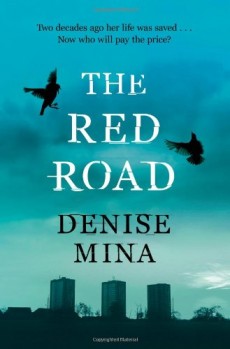 Glaswegian Denise Mina’s fourth book to feature DI Alex Morrow reinforces her position as the high priestess of the tartan noir genre. This compelling, uncompromising and morally complex look at child abuse, police and institutional corruption has real psychological depth combined with the grim and often sickening realities of life in the city’s gutters.

A complicated and intricate plot segues between past and present as Mina cleverly blends those with the privileged world of the city’s legal and business communities – and their ability to cover their own vices with a cloak of respectability. With an assurance gathered from her earlier successes, she combines sociological insights with current events – child sex abuse, phone taps and the Scottish national police force all get an airing – and stitches it all together with an almost effortless ease to drive the story towards a gripping conclusion.

The cement which holds this carefully constructed edifice together is Alex Morrow herself, now a fully matured and meticulously crafted character of real depth who succeeds through intelligence and persistence – a truly believable detective, beset by instantly recognisable real problems of work and life, compassionate but firmly rooted and never allowing herself to become overwhelmed by either. She is faced by what seems a classic cerebral mystery – fingerprints belonging to a nasty gun dealer at whose trial she was a key witness have turned up in a place where it is impossible for them to be. The puzzle has its roots on the night of the death of Princess Diana in 1997 – one of those fixed in time moments everyone remembers – when a horrendously abused young girl killed her pimp and another youth.

Mina builds her plot around these two timelines, tying everything together so the readers see the consequences of the earlier events and how high the stakes are for all those involved. This clever and complicated story is as much about why her characters acted as they did – violence interposed with unlooked for compassion, revenge with gratitude – because few turn out as might be supposed.

It’s a riveting – and chilling – read, positively nasty in some parts as befits its noir label, but is also perceptive and insightful, a modern morality tale disguised as crime fiction stripped of any of the genre’s usual clichés. The Red Road is another triumph for Mina – and an unsentimental, powerful, fluent and thought-provoking look at the darker side of modern life.