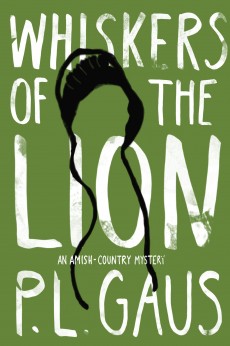 Whiskers of the Lion

Sheriff Robertson is frustrated that he is unable to locate a young Amish woman under threat from a drug gang, and feels worse when her friend is found tortured and killed.

Naïve Fannie Helmuth was tricked by a drug gang into carrying cocaine, and Sheriff Robertson is desperate to get her into protective custody before the gang kill her to stop her testifying in court. Fannie and her companion Howie Dent have disappeared into the Amish community and cannot be located, and the gang are also still at large.

On a regular visit to the vacated Helmuth farmhouse, Deputy Armbruster spots a car that Howie has evidently returned to town to collect, and makes the grisly discovery of Howie’s brutally tortured body. Police visit his parents to give the bad news, and get their first break: Howie’s mother reveals that regular reports on the progress of the two runaways have been given in The Budget, a widely distributed Amish newspaper.

Robertson thinks it unlikely that a drugs distributor would have been aware of that information source, which means that someone local has been keeping an eye on the car, and is responsible for the recent death. At last the sheriff has a way to find Fannie, make sure she is well protected and set a trap for whoever is behind the death.

This is an Amish country mystery by Paul Gaus, who lives in the area and lectures on this community of religious separatists. It is the ninth in the series, and it is not to be expected that there would be too much detail about belief, but there are a few pages about the ‘Old Order’ Amish and the degrees of relaxation on prohibition of the use of machinery permitted by various sects. Not everyone is going to find this meaningful, but there is an oddity about such behaviour that stimulates curiosity.

The sheriff’s plans are partially withheld from the reader so it is not always entirely clear what is going on, especially as far as the FBI are concerned. The FBI seek custody of Fannie, and although Robertson writes to Fannie advising her to put herself in their hands, nods and winks are given that this is likely to be a short-lived arrangement.

What we get a lot of is the feelings of the sheriff and his team: Robertson himself, concerned that lack of progress with the case is undermining his authority; Deputy Armbruster, newly promoted, worried about his contamination of the crime scene and in love with a fellow officer; his friend Branden and his wife, and so on. Enough is said about their hopes and fears to make them into real characters, but most of their worries are of a very limited domestic scope.

With the Amish adding spice as weird neighbours, this will appeal to those who enjoy small-town America, and small-town law enforcement.