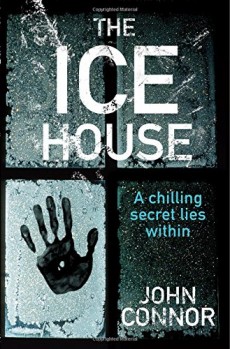 An assassin defaults on his contract and instead of killing her, goes on the run with his intended target, a ten-year-old girl.

Carl Bowman is a killer, and he’s not too fussed who he takes out, regarding even women and children as fair game. After all, children are dying in their thousands every day, so why should one more make any difference?

When he accepts a contract on the life of a ten-year-old girl, Carl has every intention of carrying out his instructions, but at the last minute, something changes and he fails to take the shot. Moments later, the girl’s house blows up in a massive explosion, killing the occupants, and her life is threatened by a man who appears to be a policeman. But if he is, why is he trying to kill a defenceless child?

For reasons that he can’t explain even to himself, let alone to her, Carl saves the girl’s life and goes on the run with her, determined to do the very opposite of what he’s been paid to do and keep her alive. To do that, he needs to know why she was being targeted in the first place, but it’s not easy to do that when he’s on the run with a bewildered kid in tow.

The Ice House does an excellent job of hitting the ground running and, apart from a somewhat confusing lull in the action just after the mid-point of the story where I began to lose track of what the hell was going on, the pace rarely slackens. John Connor’s characters are convincing, although their motivations are at times very far from clear, and I was hooked from the start.

Rebecca Martin never descends into the cute kid stereotype. She’s smart, gutsy and believable, and provides a good foil to Carl’s complete and utter cluelessness where children are concerned, a state that I found very easy to empathise with!

I’m always a sucker for good ‘on the run’ stories and this one hit the spot very well. Be ready to be confused at times, but that’s a small price to pay for a good action thriller that trots along at fair pace, gradually peeling back the layers to reveal the truth about why someone wants Rebecca dead.