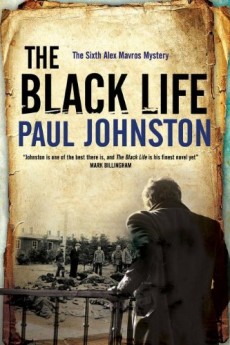 Aron Samuel was thought killed to have been in the Holocaust. When he is sighted in Thessaloniki, Alex Mavros is hired to trace him. His involvement will uncover a history of survival and revenge in the past, but also conspiracy and murder that are very much in the present day.

Alex Mavros, a private investigator specialising in missing people, is hired by Eliezer Samuel and his daughter to trace his uncle, Aron Samuel. Aron has been missing since he was transported from Thessaloniki to Auschwitz in the Holocaust, but there are rumours that he has been seen. Alex must travel to Thessaloniki with Eliezer's daughter, Rachel, to follow this faint lead. What seems to be a simple (if probably futile) case soon turns deadly as old wounds are re-opened and hidden agendas start appearing, not least from Rachel Samuel herself.

At the heart of this story is a harrowing tale of survival through the holocaust. The journey of Aron Samuel from idealistic young man to cold-hearted revenge killer is told in a series of flashback narratives that provide the background to the novel. Paul Johnston pulls no punches in describing the horrors of Auschwitz and the revenge that Aron later enacts on his persecutors. The realities of modern-day prejudice and discrimination against Greek Jews are also laid bare in the course of the book.

Around this framework of survival and revenge, Johnston weaves a complex plot of twisting revelations and shifting loyalties. It becomes clear to Mavros that he has not been told the complete truth about this assignment. He can trust no one and even his reliable friends will become tangled in this web of secrets and differing agendas. Rachel Samuel, it turns out, has one of the biggest secrets of them all.

While you expect complexity in a thriller, at times The Black Life threatens to cross the line into impenetrability, made harder when characters are minimally differentiated from each other. At one point, confusion over names meant I had to go back and check that one character wasn’t the same as another one who had been killed a couple of chapters earlier. When you take into account the communists, the neo-nazi group, Mossad, the CIA and the Jewish revenge group you start to wonder if there’s anyone in Thessaloniki who isn’t a member of some secret society. I must also confess that I didn’t enjoy the sub-plot of Mavros’ home life. A girlfriend who is so jealous that the hero can’t admit he is working with a woman is not an asset to anyone.

I enjoyed The Black Life, with reservations. Aron Samuel’s story was worth telling, though.