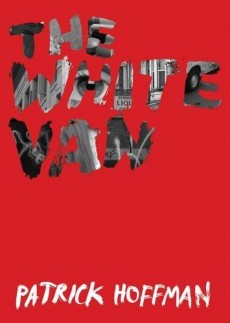 Drifter Emily Rosario is plunged into a world of confusion and fear when she is used as a pawn in a bank raid. As she struggles to escape, she is pursued by a desperate policeman who sees the stolen money as the solution to his own problems.

How much is based on experience, how much on imagination is almost anyone’s guess, but this exercise in noir on the streets of San Francisco’s tough and shady Tenderloin, where lies become truth and the police are as desperate as the criminals, is a little masterpiece of its kind.

Hoffman’s stripped and hard-boiled style, reminiscent of the best of Dashiell Hammett, showcases his understanding of his cast of characters, their secrets, the measures they will resort to when they have their backs to the wall and their luck is out in a saga of bad decisions, betrayals and blackmail.

For a debut author, he shows great authority with his ability to produce surprise after surprise as he builds up the tension and suspense from a strange, but compulsive opening to a dramatic, but in some ways predictable, conclusion.

Drifter and minor crook Emily Rosario, looking for an escape from an unfaithful druggie boyfriend, is plunged into a world of confusion and fear when she allows herself to be picked up by what appears a wealthy Russian in a dive bar. A week later she finds herself disoriented, drugged and wanted for bank robbery. The build-up to her involvement in the robbery is cleverly formulated, as are her attempts to escape from the clutches of the gang who have used her as a pawn.

Emily is a mix of vulnerability offset by burning determination – to somehow turn her situation to her profit. Meanwhile, burnt-out gangland cop, Leo Elias, down on his luck, deep in debt and with his marriage collapsing, is driven by both need and greed as he begins an all-consuming pursuit of Emily, her associates and almost a million dollars of stolen cash. The rest of Hoffman’s cast are a motley collection of Russian criminals and their employees and Elias’ unlucky partner – all desperate and hopeless individuals manipulating each other to get what they want.

The domino effect of their decisions leads them deeper into trouble and even greater desperation as the story gathers pace. Their knee-jerk reactions ratchet up the tension until it explodes into violence, death and gang war.

If you want a story with a happy ending or moral message, this book is not for you – the conclusion is a triumph for greed, low cunning and determination. But if you want action, authenticity and suspenseful storytelling, then Hoffman is your man. This clever, nasty and often violent tale of a city’s mean streets marks him indelibly as an author to watch. The White Van is noir at its best!