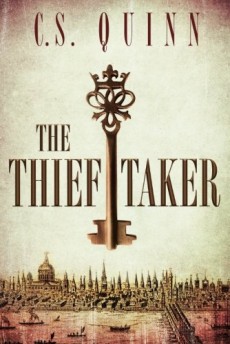 As the plague wracks London, thief taker Charlie Tuesday reluctantly takes on a murder investigation and becomes involved in a world of intrigue and witchcraft in which he is the hunted as well as the hunter.

Ain’t sibling rivalry a wonderful thing? Times, Guardian and Mirror travel and lifestyle writer Catherine Quinn has taken on twin sister – and author – Susanna. With an academic background in historic research, she has gone for what you might call history-lite – dramatic real events forming a framework for a very modern story aimed clearly at the mass market.

If you’re a Philippa Gregory fan this may not be for you, although it’s set in the period she has very much made her own. The year is 1665. Charles II has been on the throne for almost five years and enthusiasm for the Restoration is waning. Charles has failed to reward many Royalist supporters who lost all in the Civil War, preferring to squander money on mistresses and favourites. Hard knots of Cromwellian sympathisers still remain and witchcraft is beginning to make its return.

To top it all the plague is spreading westward through the alleys of Whitechapel and Stepney and threatening the heart of the City of London. By September 1665, the death rate was running at around 8,000 a week. Inadequate resources, facilities and provision led to a breakdown of normal life. Quinn’s graphic description of the sights, sounds and smells of the dying city and the plague sufferers are horribly realistic – and not for the faint hearted.

Charlie Tuesday is a rising young thief-taker and a recoverer of stolen property for the wealthy – part private eye, part bounty hunter, likeable, smart, with invaluable contacts in London’s underworld and none too fussy when it comes to getting results.

His surname comes from the Foundling Hospital where he was brought up – children were named by the day they arrived. The only clue to his past is a strangely shaped key he wears around his neck. That key is to lead him into danger. Approached by a young woman who asks for help solving the horrific murder of her sister, he is reluctant, but the offer of a substantial sum when he is short of cash launches him into a world of intrigue, smuggling, witchcraft and mystery in which he is as much the hunted as the hunter.

After more than 350 years what little we know of characters and events of the time is very much open to interpretation. And Quinn exploits this to the full. Charlie is a very modern hero. Wily, determined and brave, he also has very human weaknesses. As his adventures, with his attractive employer in tow, become increasingly dangerous, he evolves from a 17th century Jack the Lad into an almost Bondian character – and some of his escapes from tight situations would leave 007 scratching his head.

Stretching credibility they may be, but this fast-paced, well-constructed story makes no claim to be other than what it is – pure escapism approaching its best. Some of the characters may be a little OTT, but this combination of quest/mystery/horror/love story set against its grim background, is a first-class tale. In parts it’s an often humorous romp with the beggars, whores, gamblers, watchmen and court favourites, then the pace abruptly changes to harrowing descriptions of the horrors of the recent war and the present plague.

There is enough action, enough sex – some quite graphic and twisted – to keep the plot moving at a lively pace and although there may be a few too many ‘useful’ coincidences there are enough twists and turns to keep you baffled.

By the end, Charlie has succeeded in partly solving the riddle of his own heritage – but not enough to hinder a return for a character who could well become a fixture on the historical detection scene.