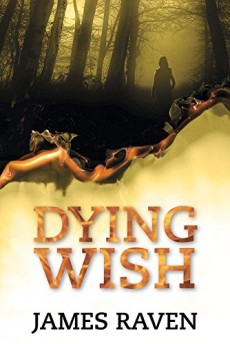 When an author has a heart attack at his own book signing, he makes a bizarre last request of an old friend. He wants his house burned to the ground.

When author Grant Mason has a heart attack at a book signing for his latest New Forest walks guidebook, he makes a bizarre request of his long-time friend and personal assistant Hilary Dyer. Nothing as simple as looking after pets or passing on words to a loved one, though. Instead, Mason wants Dyer to burn his house to the ground.

Dyer turns to her old friend DCI Jeff Temple for advice, but in the way of all fictional coppers, he’s got problems of his own. A young couple have gone missing on his patch and no one knows why. They set off for a weekend together, leaving their young child in the care of grandparents, but never arrived at their destination. On top of that, his girlfriend has just dropped a bombshell. She’s pregnant, despite having always claimed not to want children, and with his own kids now grown up, Temple isn’t keen on the prospect of juggling dirty nappies and a demanding job.

When Temple does his friend a favour by taking a look at Mason’s house, he surprises an intruder, and gets thumped for his pains. That would be enough to pique the interest of even the dullest copper, and for all his inability to get home on time when there’s a domestic crisis in this life, Temple certainly isn’t dull.

Naturally, there’s a sinister reason for Mason’s dying wish, and Temple is soon involved in the biggest case of his career involving serial murder and sexual torture.

I freely admit to being fussy when it comes to serial killers, and I have no liking whatsoever for the frequently-played game amongst crime writers of who can come up with the nastiest and most inventive ways of killing people off. But although there’s a fair amount of unpleasantness in Dying Wish, James Raven doesn’t seem to feel the need to jump through ever more bizarre hoops in his killings; he just slots in enough detail to hit home hard and then lets your imagination take over and do the rest.

I came to the book for the New Forest setting, stayed on board for the plot, and started to like the characters. But you will need a strong stomach at times if your imagination is anything like mine.