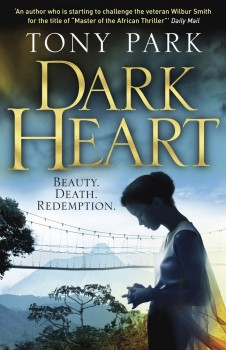 A former British Army doctor and two of his lovers, a South African photographer and an Australian lawyer, were all damaged by their experiences of the Rwandan genocide. Years later, a mystery photograph puts them at risk.

To compare Aussie author Tony Park to Wilbur Smith is both lazy and unfair. Lazy, because the only two things they share is a love of southern and central Africa, its peoples and wildlife. Unfair because Smith largely used fairly sketchily documented historical settings, while Park, particularly in this latest stormer, uses events which are either current or happened within recent memory.

If either has a failing it’s that some of the action scenes can be a shade OTT but, hey, they write thrillers, the clue’s in the genre!

Australian Army reserve officer Park bases his story on one of the most horrifying genocides of the last 50 years, the massacre of up to a million Tutsi tribesmen in Rwanda by their Hutu rivals  – and the subsequent counter-slaughter by the Tutsi when they regained control of the former Belgian colony.

Former British paratroop doctor, Richard, and two of his ex-lovers, Australian lawyer Carmel and South African photographer Liesl, last saw each other in Rwanda. All three were damaged by their experiences there. Years later they are re-united by separate attempts on their lives. Could the threats be connected to a mysterious figure in a photograph they have all seen, or the summons each has received from the International Criminal Tribunal still probing the genocide.

From South Africa to Zambia and on to Rwanda, the three are drawn into back into that world of horrors – and the multi-million criminal business of trafficking in rare animals. As their own hunt to discover the photo’s meaning gathers pace, they also become the prey in a far more sinister and deadly game.

Park doesn’t pull any punches. Some of the massacre scenes are so graphic as to be gut-churning. His descriptions of the frustrations of the men and women of the UN so-called peacekeeping force will forcibly remind any former members of similar operations just how pathetically ineffective the world body can be. And his exploration of the preparation of muti, traditional southern African medicine made from plant extracts and animal – or human – body parts, is equally nauseating.

But shining through all this horror is his knowledge and love of an amazing continent. Tough subjects for a tough book, but one well worth reading as much as for the obvious parallels with our own history, the damaging effects of the aftermath of colonialism and the uncertain future of southern Africa. Dark Heart is bloody, brutal and compelling.