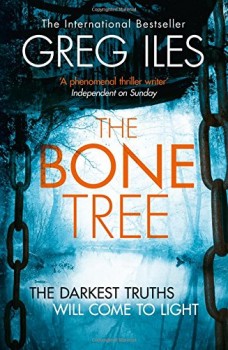 Dr Tom Cage is on the run, charged with the killing of the woman who was once his nurse. In his attempts to find him, his son Penn stirs up dark secrets from Louisiana’s and America’s violent and racist past.

When you pick up the housebrick that is the second part of the Penn Cage trilogy which started with the electrifying Natchez Burning, your first thought will probably be the same as mine: ‘Can I face another 850 pages of conspiracy theories surrounding America‘s obsession with the murders of the Kennedy brothers and its probable, but unproven, links to race hate, big business, corrupt officials and organised crime, knowing that there will be a final denouement of at least the same length?’

Two pages in you’ll have your answer – Greg Iles will have sucked you back into this epic saga of blood, race, family and justice set in the steamy heart of America’s south, and you won’t be able to put it down!

Klu Klux Klan killings from the 1960s resurface to claim new victims and leave former prosecutor Penn Cage, now mayor of Natchez, facing a son’s worst nightmare with his doctor father accused of murder and a fugitive from justice. Attempts to clear him leave Penn wondering if he ever knew his father at all. In a town and a state where the past is never truly buried, its secrets turn lethal

Penn finds himself battling a family of racist criminals, their inner corps of killers, corrupt police and politicians whose power reaches the highest levels of state government. Even his allies have objectives very different from his own. FBI special agent John Kaiser sees Tom Cage as key to unlocking the mystery of the assassination of John F Kennedy.

Penn’s fiancée, journalist Caitlin Masters, is chasing the biggest story of her career. Former Texas Ranger Walt Garrity wants to protect his old friend. All roads lead to the Bone Tree, a legendary killing site at the heart of a swamp which conceals far more than remains.

As with Natchez Burning, you’ll need a strong stomach. Racial violence, arson, rape, torture and murder, all in horrific detail, feature from the start of what is as much an historical document centred on racial politics in the deep south as it is a novel. No-one’s perfect in Iles’ cruel world. Driven by anger, fear, love, friendship, greed, ambition or revenge, even his supposedly good guys bend, or completely ignore, the law in pursuit of their own versions of the truth.

Don’t be distracted by its twists, turns, multi-narrators and action scenes which stretch the imagination. The civil rights battleground that was 1960s Louisiana and Mississippi has always been a strangely separate part of America with powerful men using every tool at their disposal to enhance their own agendas. Their violence and corruption concealed a conspiracy that ran wide and deep. Iles, through painstaking research, has produced a well thought-out storyline which ties together several complicated situations – and provides an explanation as good as any and certainly more believable than most, of the road to the events in Dealey Plaza.

This continuing story is long overdue. The characters and situations may be fictional, but there is an underlying truth that shines a harsh light on both the atrocities of power and race, those who profited from them as well as the perpetrators, many of whom have never paid for their crimes. Like its predecessor, The Bone Tree is a brilliant, disturbing, condemning and compelling story.