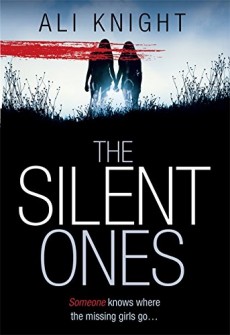 Ten years after Olivia Duvall confessed to the murder of five girls, the brother of one of her victims fakes his identity and gets a job at the secure hospital where Olivia is serving her life sentence, determined to get answers.

Ten years ago, Darren Evans’ 14-year-old sister Carly was abducted with her best friend Isla. Eventually, a woman - Olivia Duvall - confessed to their murders, and the murders of three other girls. The police found evidence of all five children having been in her house, but a decade later they still haven’t found their bodies and she refuses to give up their locations.

Darren’s life is crumbling. His parents have never recovered from the death of their daughter and his mum has been diagnosed with cancer. In his desperation to bring Carly home before his mother dies, he fakes his identity and takes a job as a cleaner at the maximum security hospital where Duvall is being held, determined to gain access to his sister’s killer and to finally get to the truth.

Meanwhile, Isla’s father Orin has used his fortune to back a group dedicated to getting justice for his daughter and the other girls. He wants the truth forced from Duvall by whatever means necessary, and has spent ten years finding out everything he can about her, paying off the police and hiring detectives.

When Darren and Orin’s separate bids to get to the reality of what happened to Isla and Carly collide, they uncover something neither of them was ever meant to find out. And that is where this confused book starts to trip over itself.

The bold narrative suffers from the author’s apparent fear of stepping too far into the graphic description of its subject matter. There are hints at what the girls endured, but a nervousness about putting it into words detracts from the strength of the story.

The involvement of the woman at the centre of everything is confusing and the plot peters out at the end as if there should be a ‘To be continued’ written on the last page, while some threads are tied up with a nice, unlikely bow.

After a strong and claustrophobic start, the narrative loses its way, introducing characters and storylines that are never followed up and left dangling unsatisfactorily.

Darren and Orin are searching for the truth and when they find it, it is strange and messy and somewhat unbelievable, and in that sense the author fails. When the great reveal of a whodunit isn’t as pleasing as it promises, it lets the whole book down.