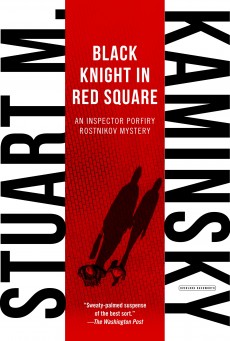 In 1980s Moscow, Inspector Rostnikov and his two assistants battle a terrorist determined to impose a bloody embarrassment on the Soviet State.

Amongst the foreign visitors in 1980s Moscow for a film festival are an American, two Soviet citizens and a Japanese, all poisoned to death in the restaurant of the cavernous Metropole Hotel. Inspector Porfiry Rostnikov is assigned to the case, although well aware that Colonel Drozhkin of the KGB is really in control, and has the MVD in play merely to provide cover if things get untidy.

Rostnikov interviews the wife of the American, Aubrey, but after Drozhkin reveals that the deaths are attributable to World Liberation, a terrorist organisation, the woman disappears. Rostnikov and his two dedicated assistants Emil Karpo and Sasha Tkach set out to find the woman.

As with other crime books set within USSR, the challenge to the protagonist is complicated by the difficulties within the bureaucracy. Rostnikov has a history with Drozhkin. He may be able to use this to advantage, but one small slip can bring disaster to himself, his wife Sarah and his son Iosef. Sarah is Jewish and this will forever blight the future of the family unless Rostnikov can engineer a solution.

Rostnikov is, however, a man of considerable resource and displays such determination that the reader always feels that if anybody can meet the challenge, it will be this man. He trains himself to a high level of expertise in weightlifting, and when politics complicates a plumbing problem, he teaches himself to fix it.

The focus is nevertheless firmly on the hunt for the woman with the dark eyes, and the confederates she has suborned to set off bombs in various public places around the city. Rostnikov, Karpo and Tkach all show great doggedness and bravery in following the trail of their opponent, and the action moves between the three, culminating in some smart moves and a thrilling climax.

Kaminsky has written over 60 crime novels. Although Black Knight was first published in 1984, it still feels fresh and the only jarring note is World Liberation, a terrorist group which bears little relation to any real organisation. Black Knight is still a great read.