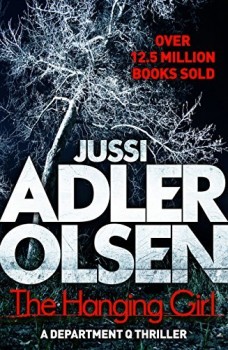 Seventeen years ago a beautiful girl disappeared from school, only to be found dead, hanging in a tree. Carl Mørck, head of Department Q, is called to investigate the old case and discovers a bizarre cult hidden from prying eyes.

Nodding off in his basement office of the police headquarters, Carl Mørck wakes up to a call from Christian Habersaat, a policeman from the Danish island of Bornholm. Habersaat wants him to look into a nearly forgotten case of a dead girl on which he’s been working for the last 17 years. The request is rejected. Days later Habersaat shoots himself at his own retirement party.

Following the shocking news, Carl and his team (fascinating sidekick Assad, originally from Syria, and scornful and super intelligent Rose) travel to Bornholm. They find out that his son has also committed suicide, and realise that they have to follow every old lead.

The case involves a vibrant and beautiful 19-year-old girl Alberte who vanished from school, only to be found dead, hanging high in the tree by the road edge. It could have been a car accident but Habersaat suspected murder and accumulated a mass of evidence which Carl decides to check.

The investigation stumbles through various esoteric ideas of a hippy man appearing in the lives of Alberte and other witnesses, and some potential hard yet useless facts, and eventually leads the team to a hidden cult, established on the Swedish island Öland in the Baltic sea. Meanwhile, a cold and manipulative sadist makes sure no one stands in the way of a completely different way of life …

Readers of the earlier books by Jussi Adler-Olsen will remember that Department Q was set up to look at significant unsolved cases but was actually intended to side-line Carl Mørck, seen by some as a difficult non-team player. In fact Carl is the flawed but determined and brilliant police detective, and underneath the tiredness, apparent despondency and lack of respect for mismatched management he is the most caring friend.

When Carl gets lost amongst the fruitless leads and a mountain (literally) of documents amassed by Habersaat, his friend Hardy, quadriplegic after being shot, says: ‘What is it they say when a story's reached a deadlock? You just need to introduce a unicorn, and then things take off again.’ So with a fresh pair of eyes and a new perspective, the investigation takes a different direction until it culminates in the most shocking way.

Adler-Olsen uses dark humour to create believable relationships between Carl, Assad and Rose. Comical aspects of the Danish language used by Assad and his comments relating to camels lighten the mood. Vast research into the alternative medicine and unusual cults adds a touch of unreal mystery to the quite ordinary lives of the main characters.

The two narrative strands introduced by Adler-Olsen are a very clever device. As they run simultaneously within the story the main protagonist is still kept in the dark; however, the reader is allowed to speculate about the possible connections. The premise of Department Q’s novels is to demonstrate the difficulty of searching for the truth of the forgotten cases. The Hanging Girl, the sixth volume in the series, is another excellent example of complexity, hope and despair.