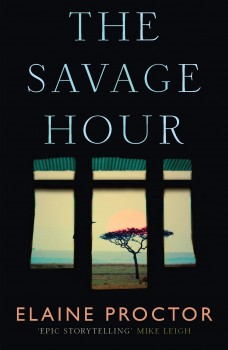 The death of an aged woman doctor breaks the long-established pattern of relationships on the rural South African farm she owns.

An old white woman doctor known universally as Ouma, grandmother, retreated from urban life many years ago to a small rural South African farm, where she offered medical help to all comers. The book begins with her death, a cause of grief for her son Groot (big) Samuel, her granddaughter Delilah, her maid and carer Gogo, and Klein (small) Samuel and Cheetah, workers on the farm.

The death is investigated by Jannie, a homosexual policeman, who was also close to Ouma, and despite discouragement from his superior Mokheti, insists on following up on clues which suggest the death was not accidental. Ouma was the focus of a dense web of relationships, and these are analysed in detail as the book explores the daily lives of those affected by her death.

This is one of those books on which opinions are likely to be divided. The author gets inside the heads of the main characters, who emerge as real and believable people, and the use of the present tense accentuates the feeling of intimacy. Verbal exchanges are frequently brief and cryptic, while the thoughts and feelings of the characters are given wide rein. The whole book has a lyrical flow and the connections between some of the actors feel almost mystical at times.

Those who prefer a more structured basis may, however, find the emphasis on sentiment frustrating, especially at the beginning where the colour and roles of the personnel take some time to emerge. The confusion is compounded by the larding of the text with Afrikaans words. A glossary is provided at the back of the book, but use calls for a lot of page turning. No doubt the mixture of languages is appropriate to context and adds something to the feel of the verbal exchanges, but coping with it interrupts the flow.

While the explanation of Ouma’s death is finally given only towards the end of the book, the evidential trail is pretty thin and there is no great substance to this aspect of the plot. The book does, however, explore several other crimes, many of them huge in scope: the desperation in neighbouring Zimbabwe arising from the rapacious mismanagement there, corruption in South African policing, and the failure to get to grips with AIDS.

The whole thus says a great deal about current South Africa through the microcosm of a small community, where great themes are brought down to a manageable size by being viewed through a concentrated focus on a small and comprehendible family. This is writing of quality.