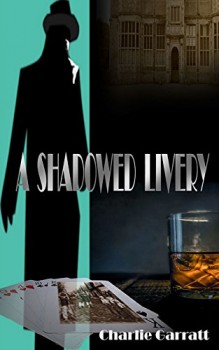 Lady Isabelle Barleigh shoots her disabled son on his wedding eve, then turns the gun on herself. An hour later his distraught fiancée commits suicide. DI James Given, assigned to re-examine the case, soon finds all is not as it seems.

Charlie Garratt’s well-written procedural – loosely based on a historical event – raises plenty more points than simply whodunit to both grab and hold your attention.

The plots and sub-plots are imaginative and interesting, as are the characters, and the construction is good with plenty of twists and apparent dead ends. Garratt manages to convey, largely through clever use of language, a real sense of the 1930s with all its social snobbery and differences.

His hero, Detective Inspector James Given is an appealing storyteller, despite his faults. His crisp style of narration – much like a police report – adds urgency, suspense and reality to the story. But if Given is to blossom into a series, his creator must be tighter with his research. The story begins and ends with avoidable errors. Hangings in Britain were usually carried out at 8am, rather than midday and DIs don’t get promoted to superintendent – since 1869 there’s been a rank between!

In September 1938 one of two killers of a Jewish shopkeeper who Given has brought to justice, is hanged in Birmingham. At the same time in Germany, Hitler is whipping up the people in an anti-Semitic storm which climaxes in the infamous Kristalnacht.
After witnessing the execution, Given is surprised to find he has been taken off his investigation into racist attacks by British fascists to take a second look at what appears a very cold case.

Three people have been found dead at a Warwickshire estate. A brief investigation has accepted the obvious. Lady Isabelle Barleigh has shot her disabled son on the eve of his wedding then turned the weapon on herself. An hour later his distraught fiancée commits suicide.

Two suicides and a murder. Open and shut. Or is it? As a young gardener also goes missing, Given questions this convenient version of events and, with the help of a rookie local constable, begins to dig further into the past of the Barleigh family. As Given’s inquiries progress, his own past, which he has worked for years to bury, begins to catch up with him and he is forced to face his own reality.

This complex mystery centred on identity, deceit, and past crimes, is genuinely thought-provoking and an excellent read. I look forward to a return for the troubled, but engaging Given – this time as his own man.