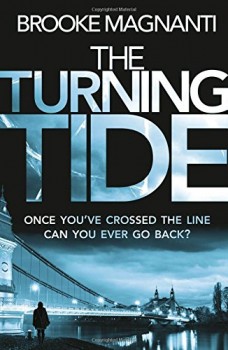 Erykah Macdonald is getting ready to leave her husband and her nice, safe suburban life behind, but her plans are thrown into disarray by an unexpected windfall.

A young couple on a sea-kayaking trip off the coast of Scotland find something caught up beneath one of their kayaks when they come to shore for the night. The discovery of a dead body stuffed into a bag puts rather a crimp in their plans for the trip.

Brooke Magnanti, better known as former call-girl and blogger Belle de Jour, gets off to a strong start and sets the tone for the book with the two characters she briefly introduces. Maya, doing a forensic science degree, is the strong one, whilst Daniel, her boyfriend, throws up and falls to pieces. We don’t see either of these characters again, but they do provide a good opening chapter.

After this we’re introduced to the main character, Erykah Macdonald, She’s dissatisfied with her safe, middle class life with her husband Rab, who works in the City. Their large house in the posh London suburb of Molesey is a far cry from Erykah’s tough background, and she’s had it up to her neck with the bland life she leads now.

Erykah only really comes alive when she’s rowing, and through that, she’s met her lover, Nicole, and decided that enough is enough. She’s leaving Rab, whether he likes it or not. Although he doesn’t realise it, she knows that he’s lost his job, and has just been keeping up the pretence of going to work every day whilst debts mount up around them.

But when Rab announces that they’ve had a massive win on a new Euro millions lottery, Erykah’s plans are thrown into disarray and she has some hard decisions to take.

The Turning Tide is complex and at times confusing with its numerous plot strands and large cast of characters. Magnanti is at her best with the character of Erykah, a tough, resourceful woman with her own secrets. When one of those secrets comes to light, she’s chucked out of the rowing club, but respectability has never been something she’s craved. With a pair of rather entertaining thugs on her tail, Erykah has to unravel a dangerous web of lies, money-laundering and murder.

Magnanti does a convincing job of writing strong female characters. The women come over far better than the men, although I’ll hand out top marks for Seminole Billy and Buster, who are very definitely not straight out of central casting villains. The book suffers occasionally from shifting point of view issues, something that needs to be watched for in future, and there were times when the plot left me floundering in a morass of complexity, but all in all, this was a strong fiction debut. I would have liked to have seen Magnanti make more use of her PhD in Forensic Pathology, but perhaps that’s something she’s saving for the future.