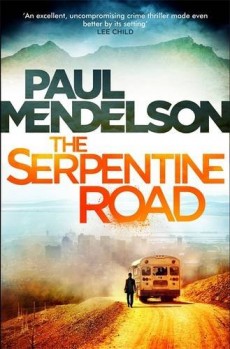 The heiress of a billionaire industrialist is murdered in an apparent race-hate crime. Colonel Vaughn De Vries of the Special Crimes Unit investigates and finds a morass of  corruption – and a link to an event in his own past he would rather forget.

Colonel Vaughn De Vries of the Special Crimes Unit of the Cape Town police is an unlikely hero. He’s borderline alcoholic, angry, impatient, intolerant, inherently racist, with no respect for rank, anti-feminist and anti-religious. If he has a saving grace it is that he is single-mindedly dedicated to justice.

On the face of it this is an atmospheric and complex procedural. It’s also a great deal more – an uncompromising and often brutal look at the problems of a society still trying to come to terms with itself after apartheid.

When, in today’s Cape Town, the heiress of an apartheid-era billionaire industrialist is found murdered and her body posed to suggest a racial hate crime, De Vries soon uncovers other possible motives for her killing. Her sponsorship of a controversial art exhibition which has enraged religious fundamentalists, her strange sexual preferences and a secret relationship with the son of one of the heroes of ‘The Struggle’, now politically opposed to his father, are just a starting point.

At the same time, an event from De Vries’ past assumes frightening significance. As a young captain in the white dominated South African Police he was present at a revenge killing of an African family following the bombing of a white bar. Despite the release of Nelson Mandela and the promise of free elections, black extremist groups continued their attacks on the regime, bombing churches and attacking bars and restaurants.

Nearly 25 years ago, one of the most feared white police officers, Major Kobus Nel, ordered and led the slaughter. A quarter of a century later, all those involved in the attack and subsequent cover-up are being brutally killed, one by one. Somehow, the two events are linked. Old wounds are exposed and De Vries must face his own past to find the mysterious killer.

The settings are dazzling. Paul Mendelson brings Cape Province to brilliant life – and exposes the lies and contradictions of today’s South Africa in a searing and pacy story. No one is spared from current president Jacob Zuma down as the dismal failings of Mandela’s dream are ruthlessly exposed in this tale of state terrorism, corruption, brutality and revenge.

So much of this sordid, but always compelling, story is based on genuine events that it will leave you wondering if the struggle against apartheid was worth the cost. What was kept from the Truth and Reconciliation Commission? What has changed – except that those now giving the orders are black?

Mendelson, a noted writer on poker, who like all good players conceals his hole card to produce a surprising and explosive finish, is a new voice in crime fiction in Britain. You’ll be shocked, horrified – and absolutely enthralled.