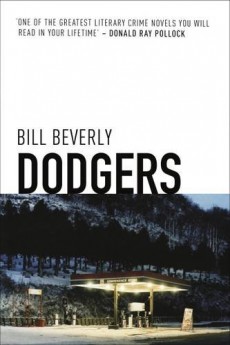 When a police raid shuts down a crack house, young lookout East is sent on a trip out of LA for the first time in his life, a voyage of self-discovery.

Fifteen-year-old East heads a small team of lookouts at one of The Boxes, crack houses in LA. When police close the house down, East’s boss Fin sends him across the country to Wisconsin, in the company of three other boys, to murder a witness due to give evidence in a criminal trial against one of Fin’s lieutenants.

Two of the four companions, Michael and Walter, are a few years older and have some education. East and his half-brother Ty, aged 13, know the streets: a tough life has given them ways of dealing with life’s challenges. But four black kids stand out in white America, and they have no cohesion as a group.

It is not long before the trip starts to get complicated. Transiting Las Vegas, Michael insists on stopping at a casino, and their van is only rescued from a tow truck when Ty smacks the driver in the mouth with a gun – a gun he is not supposed to be carrying. The group are falling apart, and their commitment to the task, and survival, start to look dubious.

The focus of this book throughout is East, and the author puts the reader wholly inside East’s world. With a father long gone, and a mother who does nothing but guzzle wine and watch TV, his horizons are bounded by the routines in The Boxes. The life will be familiar to those who watched the TV series The Wire: a community struggling to make sense of life in the face of the pervasiveness of narcotics, and the violence and corruption they bring in train.

Even with such a start, however, East is efficient at what he does, dependable, and has innate sense of what is right and fair. His journey takes him to a realisation of who he is and what he wants, and builds confidence in his ability to strike out in a new direction.

The transformation takes place within fast-moving action from the outset. Conflicts within the van, and the inexperience of the group in negotiating contact outside, make for a journey full of tension. East has to make decisions about matters of life or death with minimal forewarning. There are plenty of surprises, right up to the final pages.

This is an excellent tale. Beverly places the reader within an alien subculture but his picture is entirely convincing: the patois, the minutiae of surroundings and speech, the style, all contribute. And at the centre East is an initially unfamiliar but eventually compelling hero, a man able to defy his circumstances and carve a path for himself in life.