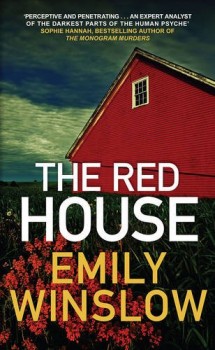 Imogen is obsessed with finding her young brother from whom she was separated by adoption. Her fiancé Maxwell comes to believe he could be the boy.

When I reviewed The Start of Everything, I was impressed by Emily Winslow’s ability to juggle a number of apparently disparate stories into a cohesive and compelling whole. The American, living in Cambridge, spent six years creating elaborate logic puzzles for a games magazine – and it shows as she keeps to the same format in this second story involving local detectives Chloe Frohmann and Morris Keene.

DI Chloe is still struggling with her pregnancy, now nearing its term. Her former boss Keene has been forced out of his job by injury and is failing to cope with adjusting to the life that has been forced on him.

This brooding, sometimes shocking, mystery, is all about obsession, but somehow it just doesn’t work as well as the earlier book. There the characterisation was brilliant. The strange tangle of individuals driven by their own desires came together as a cohesive and compelling whole. Here, the principals, although cleverly drawn, are far less sympathetic and as a result it is difficult to feel much association with, or belief in, any of them.

From Imogen, dangerously obsessed with finding the young brother she lost when the children were adopted after their parents’ death in a car crash, to her fiancé Maxwell, worried beyond reason that he may be that brother and their relationship is incestuous, this often baffling tale of incidents and misunderstandings fails to convince.

Despite its clever construction, this multi-layered mystery, which occasionally shows glimpses of Winslow’s extraordinary ability to lay bare the darkest parts of the human mind, just does not grip. And again it is the protagonists, most of whom seem to have sprung full-formed from a psychiatric casebook, who let the story down. The procedural part is also weak with buried skeletons conveniently discovered at the site of an accidental killing, horrors from the past triggering danger in the present and the denouement is all too convenient.

If you like a test of your ability to apply logic to deceptive identities and situations, you’ll enjoy this. Nothing is as predictable as it appears and it is Winslow’s ability to weave a web of uncertainty that will drag you through a story, which for me, failed to hit the high mark she has set herself.