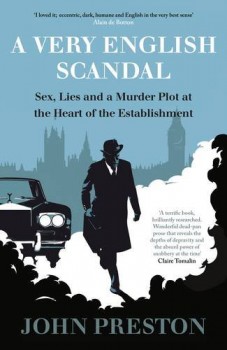 The secret life of Jeremy Thorpe, leader of the Liberal Party in the 1970s, builds up to a shocking scandal and a court case which rocked the British establishment.

Anyone who was alive in the 1960s and 1970s will remember the scandal surrounding Jeremy Thorpe, leader of the Liberal Party, and the allegation of his intent to murder a man who purported to have been his lover. Almost more shocking at the time was the suggestion of homosexuality in such a senior public figure. John Preston has taken this story and created an unusually accessible, fluent and gripping account of all the circumstances surrounding this affair.

Preston brilliantly evokes the atmosphere of the times. The morals and customs of 1960s Britain are captured perfectly: respect for authority at all costs, suspicion of anything that may be viewed as different, the fracturing of social class and yet the ease with which people of lower scale standing could be ignored and disrespected. The difference between those times and now is made more stark by small asides about how, in recent years, the behaviour of public figures like Jimmy Savile and Cyril Smith, who played a part in the events in this book, has been proved and judged.

The book has clearly been meticulously and thoroughly researched. The story is described in astonishing detail in a chronological manner, building up context and evidence logically and systematically. I couldn’t put it down and read it in two sittings. Preston mixes biographical style with cliffhangers, and plot developments worthy of the best fiction.

Perhaps this is the result of the story itself but nonetheless the overall result is a book that is almost cinematic in its scope. Curiously, it was not until nearly the end, that I was moved to search the internet for photographs of the main protagonists, particularly those with whom I was not familiar. I was happy to create my own mental images based on descriptions in the text, a dilemma not dissimilar to the decision not to watch a film before reading the book.

A Very English Scandal is highly effective as a story of intrigue, politics and scandal and also as a commentary on the social changes through the 1960s and 1970s. I would be very intrigued to hear the reaction of someone who was not familiar with the time in which the event happened. I am confident that they would find the development of the plot as gripping as I did.